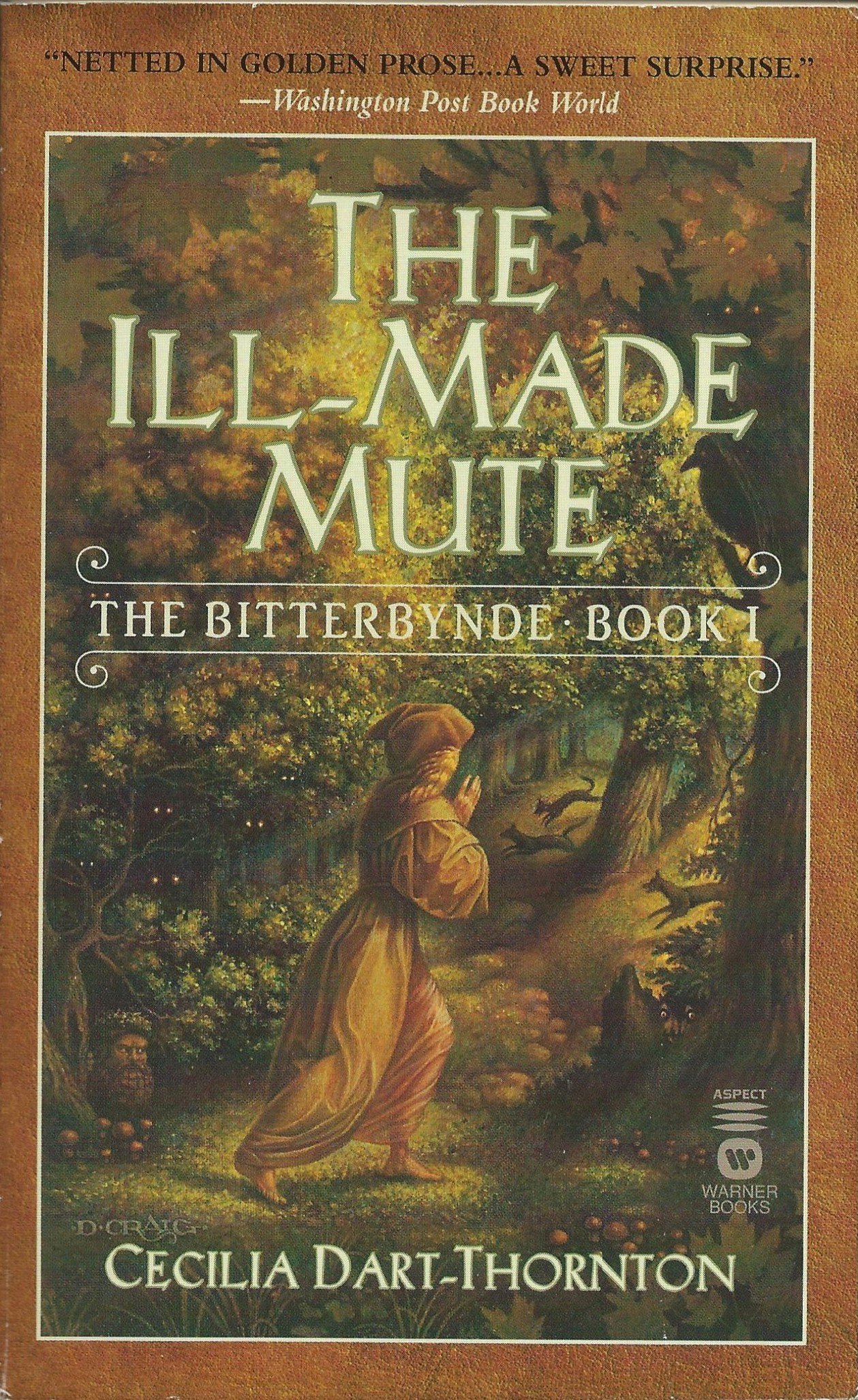 The Ill-Made Mute is basically the fantasy equivalent of comfort food. It felt cozy and nostalgic, that sort of book you read curled up in a blanket with a cup of tea, and I’d say that despite its many flaws and the cliché/predictable nature of certain plot elements, it was still worth reading.

The plot is mostly about our protagonist’s seach for memories, identity and a cure for poisoning which disfigured their face. After waking up in a tower and spending some time (well, the first 100 or so pages) as a servant, wandering around and being mistreated by everyone, they sneak on a windship and escape with the hope of finding a cure but stumble upon adventure instead. Regardless, despite the fact that nothing happens, I actually liked the early tower section the best and could read a whole book’s worth of that.

Being without memories and completely unable to speak, the titular ill-made mute is mostly a blank slate in the beginning, and remains more of a passive observer than an actor even after learning sign language. Characterisation in general is fairly shallow, with the biggest offender being the love interest, who has no other personality aside from being perfect in every single way. I rolled my eyes. A lot. I’m not against romance in fantasy, but I prefer for both parties to have personalities and I don’t know, chemistry. This didn’t feel natural at all and is probably my least favourite aspect of the series.

However, where the book really shines is the worldbuilding and the atmosphere. It’s mostly borrowing from Celtic folklore, and judging from the list of sources at the end, the author seems to have done her research. This is visible in the inclusion of various creatures, both seelie and unseelie, the myths told by various characters, as well as snippets of language used by the Ertish. I haven’t read many Celtic-influenced books, so it felt fresh, too. And I’m generally a sucker for mythology regardless. Aside from that, there are also flying horses, windships, sky pirates, enchanted forests, caves full of treasure, cities, and much more. It really brings back the childlike sense of wonder.

The prose is rich and descriptive, leaning heavily towards purpleness and thesaurus abuse. Whether this is a good or a bad thing I leave for you to decide. I rather liked it and thought it fits the old-fashioned nature of the world and the story really well, but I can see where the bad reviews are coming from. There are many digressions that put the plot on pause, usually to tell a myth (or two…or three…) or to describe the surroundings. This slows the book down even more, although again, I didn’t mind and found the mythology infodumps pretty interesting. Still, it requires some patience. And speaking of prose, the author is very fond of the word “eldritch”.

As for the ending…I knew what was going to happen and I’m torn on it. In a way, it fits the folk-tale nature of it well enough because that’s what happens in stories, but on the other hand, the other possibility was so much more interesting and so much could have been done with the concept that it felt like a bit of a waste.

I have read the second book since. It starts slower and the love story gets a twist I saw coming from a mile off, but the second half is an improvement and the three-chapter reveal at the end genuinely interesting, if long-winded. It seems like our protagonist will take more of an active role in the third book and I want to see how it ends.

Recommended to: fans of Patricia McKillip (sure it’s not as good, but the feeling is similar), those looking for folk-tale inspired traditional fantasy
Not Recommended to: those who like fast-paced books or can’t stand purple prose