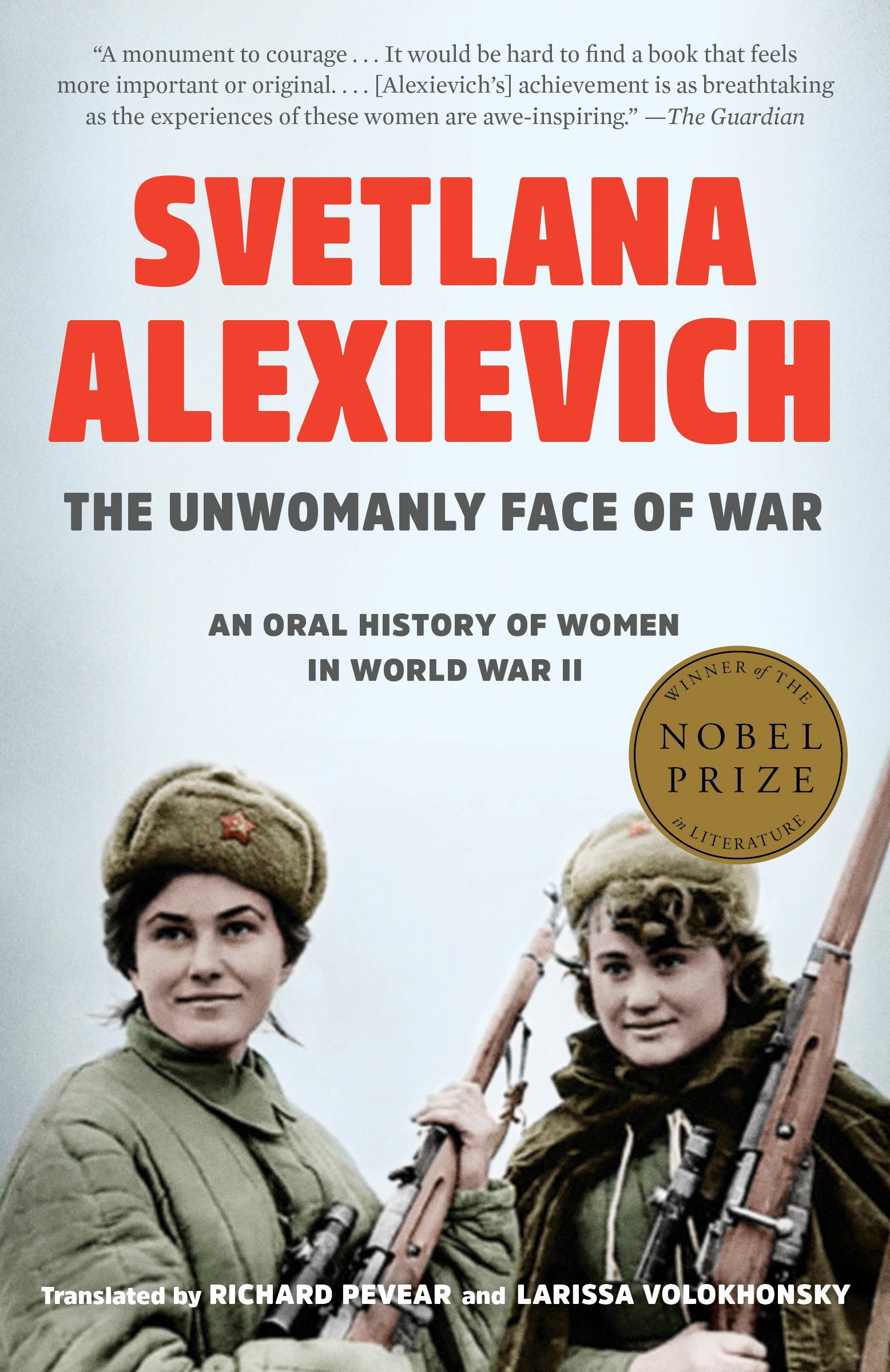 I want to shove this book at everyone I know.

Can I find the right words? I can tell about how I shot. But about how I wept, I can’t. That will be left untold. I know one thing: in war a human being becomes frightening and incomprehensible. How can one understand him? You’re a writer. Think up something yourself. Something beautiful. Without lice and filth, without vomit…Without the smell of vodka and blood…Not so frightening as life…

This is a collection of accounts of Russian women who went through WWII – soldiers of all kinds, partisan fighters, and medical workers mostly, but also washerwomen, bakers, mechanics, civilians…both about the war and what happened afterwards. All of them women whose stories were forgotten; silenced or forced to keep to a certain, more traditional narrative of glory. It’s hardly a traditional war book. No listings of great battles, victories, losses. Only very human, personal stories from the perspective of those who did not get to tell them until then.

And a pattern even emerged: the more listeners, the more passionless and sterile the account. To make it suit the stereotype. The dreadful would look grand, and the incomprehensible and obscure in a human being would be instantly explained. I would find myself in a desert of the past, filled with nothing but monuments. Great deeds. Proud and impervious.

It’s beautifully written (something about it reminded me of The Winged Histories a bit, and that’s the highest of praise) and feels so raw and honest. I heard it was a crying sort of book, and I was initially in doubts. I rarely cry while reading, it just doesn’t happen. But I did tear up, over and over and over. You’d think a person would get used to it, but it finds all sorts of new ways to get under your skin. It’s not as much the horrors of war (though they are a factor for sure), as what they had to go through after on top of that – judgement from society that men never faced, going to a doctor for health problems and severe PTSD and being told that having children would fix it all, not being allowed to tell their stories their way unless talking to each other, men not wanting them because of their past as soldiers…and more and more and more.

I don’t think I could pick one story, one moment, that stood out the most, or that touched me the most. It’s such an important book, don’t be discouraged by the topic, or scared that you will cry. They are the good kind of tears and it’s an excellent book.