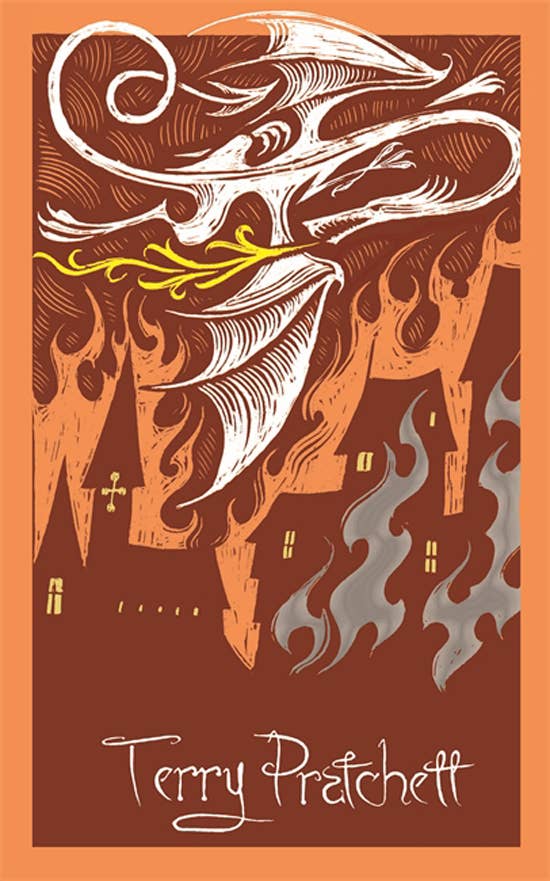 This review is way overdue.

Guards! Guards! is not the first Discworld book I tried to read. I have read a few books in translation before and bounced off. I have something of a history with comedy – The Princess Bride I hated, Hitchhiker’s Guide I DNF’d. I was reluctant to try again, but I promised that I will give the series one last try, in English, and this seemed like a good entry point.

And hey, it worked.

“I wonder what’s the difference between ordinary councillors and privy councillors?” wondered the merchant aloud.

The assassin scowled at him. “I think,” he said, “it is because you’re expected to eat shit.”

The biggest part of why it worked is the characters. I loved Vimes in particular – he’s a bitter, cynical, alcoholic captain of the once-formidable City Watch that has been reduced to only a few members since assassins’ and thieves’ guilds were made legal. And he’s immensely likable. I love characters who have had it with the world, especially if they try to do the right thing regardless (”inside every cynic there’s a disappointed idealist” seems especially true here). The dynamics between the members of the Watch are also amazing, as well as those between Vimes and Vetinari. And the Librarian’s just plain hilarious.

The Librarian gave him the kind of look other people would reserve for people who said things like “What’s so bad about genocide?”

The humour took me a while to get into, I usually don’t like books that rely on spearing tropes and I may have missed a few references, but by the end it did make me laugh a few times. It’s so much more than just fantasy parody. The mental image of an orangutan trying to stand at attention, the descriptions, the similes, the social critique…it’s a very well-written book. The Discworld translations I read until now because that’s what the library had butcher it – no wonder I bounced off.

I will definitely continue with the Watch subseries at the very least.

Recommended to: fans of comedic fantasy or those looking for a lighter read, those not sure if they’d like Pratchett, those who like cynical miserable bastards
Not recommended to: hmm, no idea