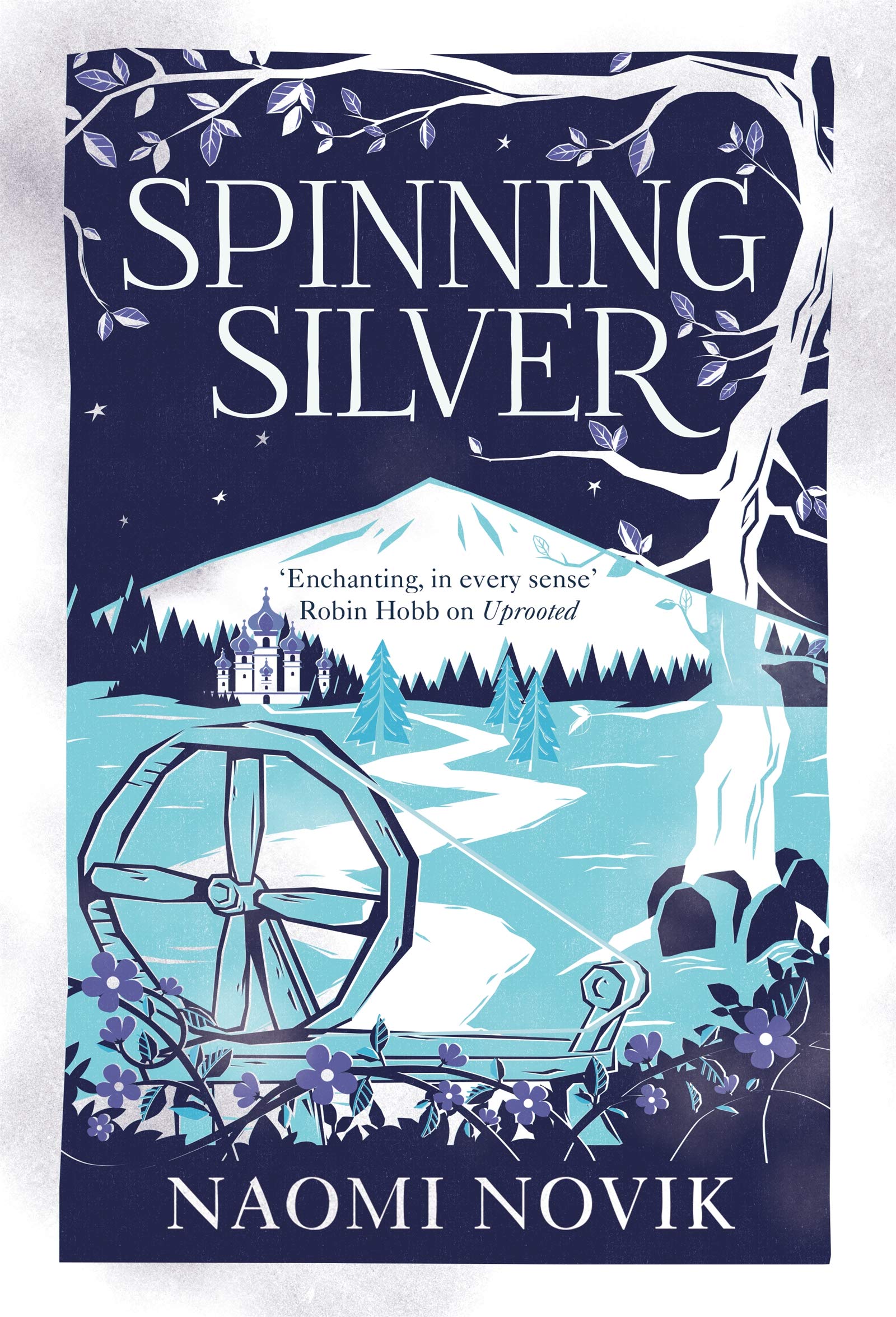 I was a huge fan of Uprooted, so of course I had to pick this up in hardcover as soon as it came out and read it as soon as I could. And it’s a lovely, wintry tale; subversive yet true to its origins. Novik takes a fairytale and makes in complex, shot through with realism, but no less magical for that. It’s not “just” a retelling. It also touches upon medieval antisemitism, the position of women in their society without denying them agency, family, all in a way that makes sense within the story.

I wasn’t sorry to be leaving them. I loved nothing about the town or any of them, even now when it was at least familiar ground. I wasn’t sorry they didn’t like me, I wasn’t sorry I had been hard to them. I was glad, fiercely glad. They had wanted to bury my mother and leave my father behind to die alone. They had wanted me to go be a beggar in my grandfather’s house, and leave the rest of my life a quiet mouse in the kitchen.  They would have devoured my family and picked their teeth with the bones, and never been sorry at all.

Easily the best part besides the atmosphere (nailed, of course) and beautiful writing are the characters. Especially the main three female characters. Miryem, the fiercely pragmatic moneylender. Wanda, a farmgirl who’s much smarter than she looks. Irina, a daugher of a local duke without much control over her life. Neither of them particularily strong or beautiful or inherently superspecial, but they all try to make the best of what they can do.

One of the refreshing things about the story that many readers will likely appreciate, is having an openly and explicitly Jewish protagonist. I’m in no position to speak about accuracy, but keeping the Shabbat, prayers, etc are all mentioned throughout the novel, and are an integral part of the character/story.

The parallels between them are interesting to draw. First, with regards to their families (yes, fantasy characters with families! Unusual, right?). Miryem’s loving parents and granparents. Wanda’s abusive, alcoholic father, and loving brothers. Irina’s unloving father who does provide for her, but sees her mostly as a political pawn. Mothers who died in childbirth and siblings who died young. Their social standing – Irina at the very top as a noblewoman; Miryem, reasonably comfortable after she brings her family out of poverty, but disliked because of their profession and because they are Jewish; Wanda, whose father drinks away any money they get. The two, nearly three forced marriages. A husband of fire and a husband of ice. I could go on. There’s a lot here to unpack and poke into for anyone interested in analysis.

If anything, compared to them, the male characters seem quite lackluster. In the foreground we mostly have the tsar Mirnatius, a selfish asshole of the highest caliber, Wanda’s little brother Stepon who’s mostly an observer, and the Staryk king with his coldness and alien logic.

The plot is equally intricate. There are multiple interwoven storylines and sub-arcs, converging, then growing apart, then converging again, and six or seven first person POVs. And there lies the main issue, for me. It tries to do so much at the same time it ends up scattered and all over the place. The pacing suffers. I had trouble picking the book back up, though being in the middle of a huge reading slump didn’t help. The romantic subplot is last-minute and minimal – I was scratching my head where all the reviews mentioning it were coming from for the vast majority of the book – though not badly done. All in all, Uprooted may have been simpler, but for me, the tighter focus worked much, much better.

However, the ending was satisfying, and very adorable.

Recommended to: lovers of folktale fantasy, those interested in protagonists with families and pragmatic female characters
Not recommended to: anyone looking for a tight plot, romance fans