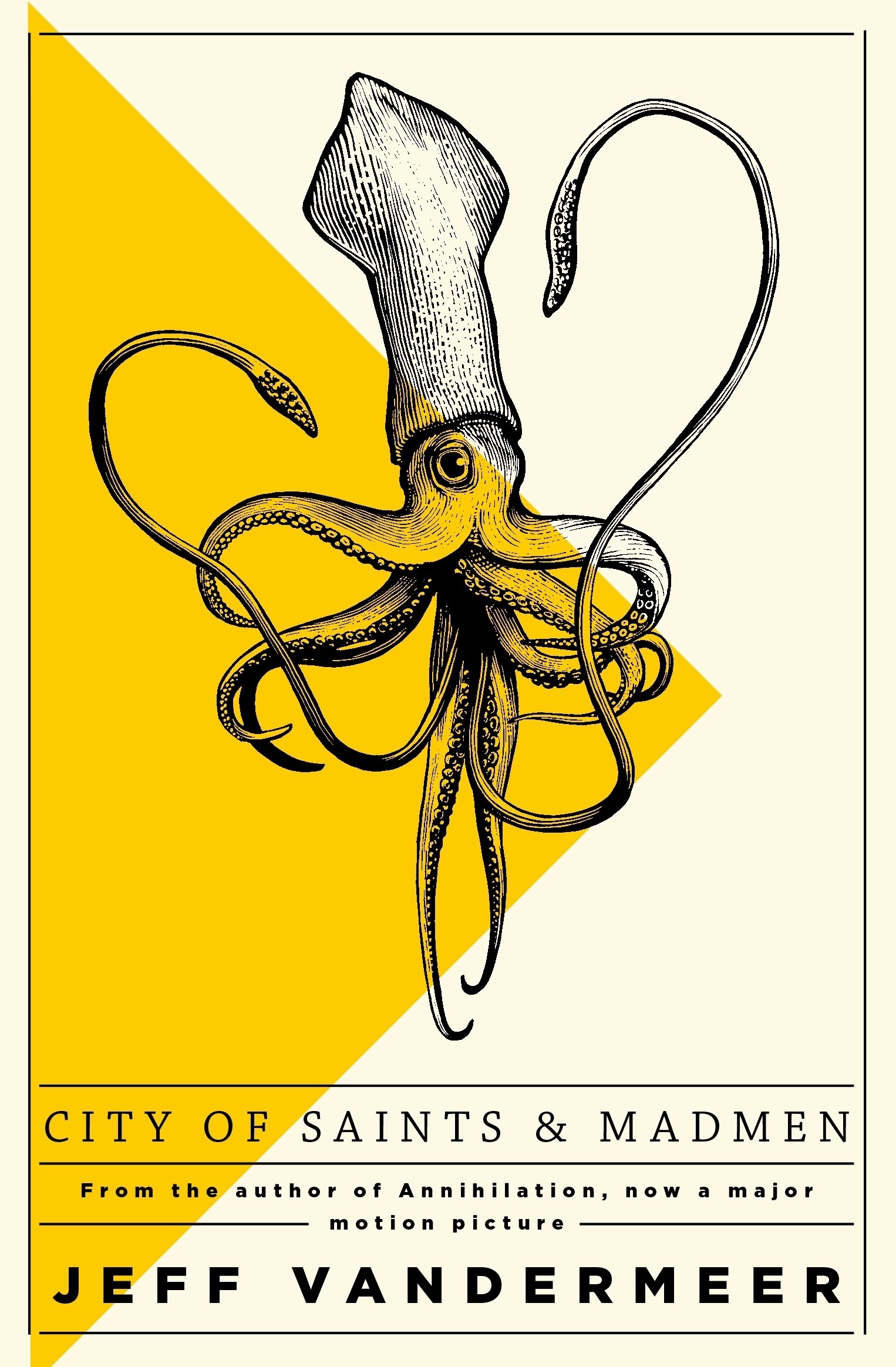 I delight in books that piss on convention and pull it off. The plotless, the strange, the experimental. City of Saints and Madmen makes all that I read so far sound perfectly ordinary and reasonable. Of all the books I’ve ever read it is, by far, the oddest and the most experimental of them all. It very slightly resembles The Gray House in the sense of slowly discovering a world while reading (and that was the recommendation that made me pick it up), its use of unreliable narrator, and surrealism, but only a bit, in the most general of senses. The structure and the setting itself are entirely different.

Either way, I fucking loved it.

The window looked down on the city proper, which lay inside the cupped hands of a valley veined with tributaries of the Moth. It was there that ordinary people slept and dreamt not of jungles and humidity and the lust that fed and starved men’s hearts, but of quiet walks under the stars and milk-fat kittens and the gentle hum of wind on wooden porches.

The best words to describe it would be “delightfully insane.” Because it is. Utterly batshit and utterly fascinating.

There is no coherent narrative. The book is composed from several parts, ranging from relatively ordinary (well…by the standards of this book) novellas and short stories, to a history of the city written by a cranky old historian with an overwhelming love of footnotes, an interview/study of a madman who thinks that he made Ambergris up and really lives in Chicago, letters and notes, a 90-page scientific monograph on squid complete with an extensive bibliography (my favourite part, it’s hilarious), a pamphlet, and more. It’s far more of a mosaic portrait of the city of Ambergris than a straightforward story.

(I wish I had the mind for proper literary analysis because there’s probably a lot to dig up thematically too, but alas, I do not.)

And what a city it is. Through the book, we learn about its history, its customs, and its inhabitants. We learn of the mysterious gray cap people, the Festival of the Freshwater Squid, a few famous artists and composers. There are references to mushrooms and squid scattered throughout. There’s a nice sense of atmosphere, too. I appreciate it when writers refer to in-universe books, plays, works of art, historical events – it makes a setting feel much more lived in and less like a set piece for the story.

As some sections are written in character, the writing style and the structure vary. Dradin, In Love is descriptive and slightly flowery. The historian is snarky and prone to digression in footnotes. The Transformation of Martin Lake alternates between the story of the painter and the criticism of his paintings, with all the assumptions the critic makes. The Strange Case of X is a conversation between the writer and his characters (or is it?). The squidologist often misuses words or makes new ones up. The whole book is rife with unreliable narrator and general messing with the reader. It sounds like it could easily end up a pretentious, unreadable mess, but it’s executed flawlessly. No part of it should ever be skipped or skimmed, not the footnotes, not even the glossary (it’s a riot) and certainly not the few pages on the fonts used. True, it didn’t read fast thanks to its fragmented nature – still, it’s surreal, vivid, and not without a sense of humour.

Recommended to: , , fans of strange, non-linear, experimental stuff and unique settings
Not recommended to: those looking for a straightforward story

3 thoughts on “Review: City of Saints and Madmen by Jeff VanderMeer (Ambergris #1)”