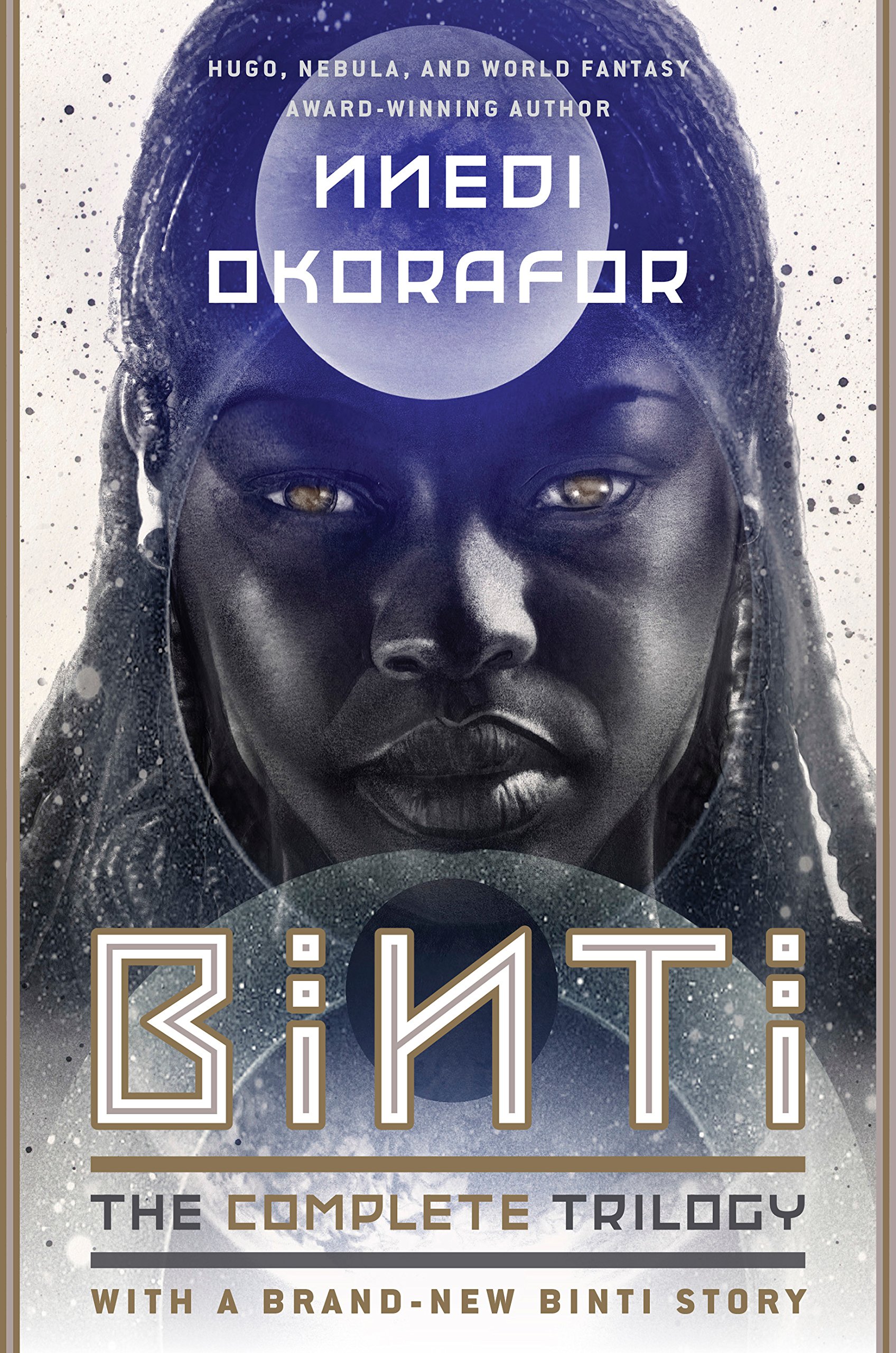 ARC received from the publisher (DAW) on Netgalley in exchange for an honest review.

I enjoyed this series of novellas immensely. I’ve had Binti on my TBR since 2016 and in a way, I’m glad I waited until now – even though this is my first read, they work far, far better as one book.

Binti, a mathemagical genius and a master harmonizer, is the first of the Himba people to  be invited to attend the prestigious Oomza Uni. Her family disapproves – her skills are valuable and her people do not leave their land but focus on developing technology where they are – so she leaves in secret. But on the ship, a tragedy strikes, and she is forced into the role of a diplomat, both to save herself and prevent an interspecies war. The next two books are focused on the consequences of her decisions and her eventual return home, and the extra short story in this edition, focused on her daily life at the Oomza Uni and making friends bridges the gap between books #1 and #2 wonderfully.

What I liked the best are the setting and the themes. It deals quite heavily with identity and culture – they provide a major source of conflict. Binti might go against her society’s norms quite often, but she is still proudly Himba, never without otjize, the scented clay the women use. She has to deal with other people’s prejudices towards her and confront her own. The worldbuilding approach is deep instead of wide, a consequence of the original novella length, so while the world does seem small in places (there are only about 3-4 Earth cultures mentioned), what’s there seems fairly well thought out. After the events of the first story, Binti also ends up with a case of PTSD, with which she struggles throughout the whole series – and again, I appreciate writers who don’t make the characters shrug off trauma after maybe one scene of them dealing with it because it’s inconvenient.

If there is a thing that might annoy some people, it’s that the protagonist starts off as fairly special and gets more so as the story goes on – additional powers, hidden lineage, the works. It didn’t bother me much, but it’s a dealbreaker I see mentioned quite often.

Recommended to: fans of science fantasy, those looking for books with themes of culture and culture clash
Not recommended to: those annoyed by superspecial protagonists