Tapas (formerly Tapastic) is one of my favourite platforms for webcomics. Before I finally set up an RSS feed and stopped relying on bookmarks last year, I had two big problems: discovering new comics to read and keeping track of which comic updates when, which are active, and so on. I could never remember for more than a couple. So stumbling upon a site that had many comics in one place, some sorting, and alerted you when they updated? It was a fucking godsend.

Since I followed so many comics on there, I will be splitting this part of the catch-up into three posts, last one of which will be dedicated to comics that have stopped being active before I fell off the wagon last June. Comics from my RSS feed (there’s even more of those) will be split in a similar way. There will be separate posts dedicated to complete comics, favourites, etc as well.

Now, onto the comics themselves (in alphabetical order).

My system for rating comics is a bit different to the one for books. I decided to go only up to 3 for simplicity’s sake, and will not split the rating. It goes as follows:

❤️❤️❤️ – must read, one of my favourites
❤️❤️🖤 – maybe check it out if you like the art or the concept, or if you simply think you don’t read enough webcomics already (most will be in that category)
❤️🖤🖤 – would not recommend

Bad Bad Things is a story about a diverse group of teenagers trying to make the best out of a living in a post-apocalyptic world.  Honestly, it’s one of those comics I only follow for the sake of filler (or did, before it stopped updating). I’m not very into the plot, and the worldbuilding is on the “seriously lacking” side – we never learn what happened to the world to get to this point…or much of anything really. But if you want trans protagonists and like dystopia, you might want to check it out regardless.

Alec woke up one morning being able to see soulmate marks. Ever since then, he’s been trying to help people with identical marks get together. But he doesn’t have one…and neither does Victor, the owner of a teashop, and someone Alec may have feelings for. All in all, it’s a very cute (and very slow burn) gay romance story, and I’m curious to see where it goes.

Rowan is the First Mother incarnate, something passed from mother to daughter. Plot twist: he is a trans boy. Along with Isra, a stranger who doesn’t even speak the same language, he is on a mission to save the world…or something.

This is one of the comics I decided to abandon rather than catch up with it fully. Initially followed because the premise seemed kinda interesting and I hoped that the art would improve, it remains rough and underdeveloped in…pretty much all aspects (the dialogue, the story, the art, the pacing, the worldbuilding…), the plot is confusing, and I found Rowan to be a rather unlikable character, since his defining characteristic seems to be snapping at everyone for no reason. 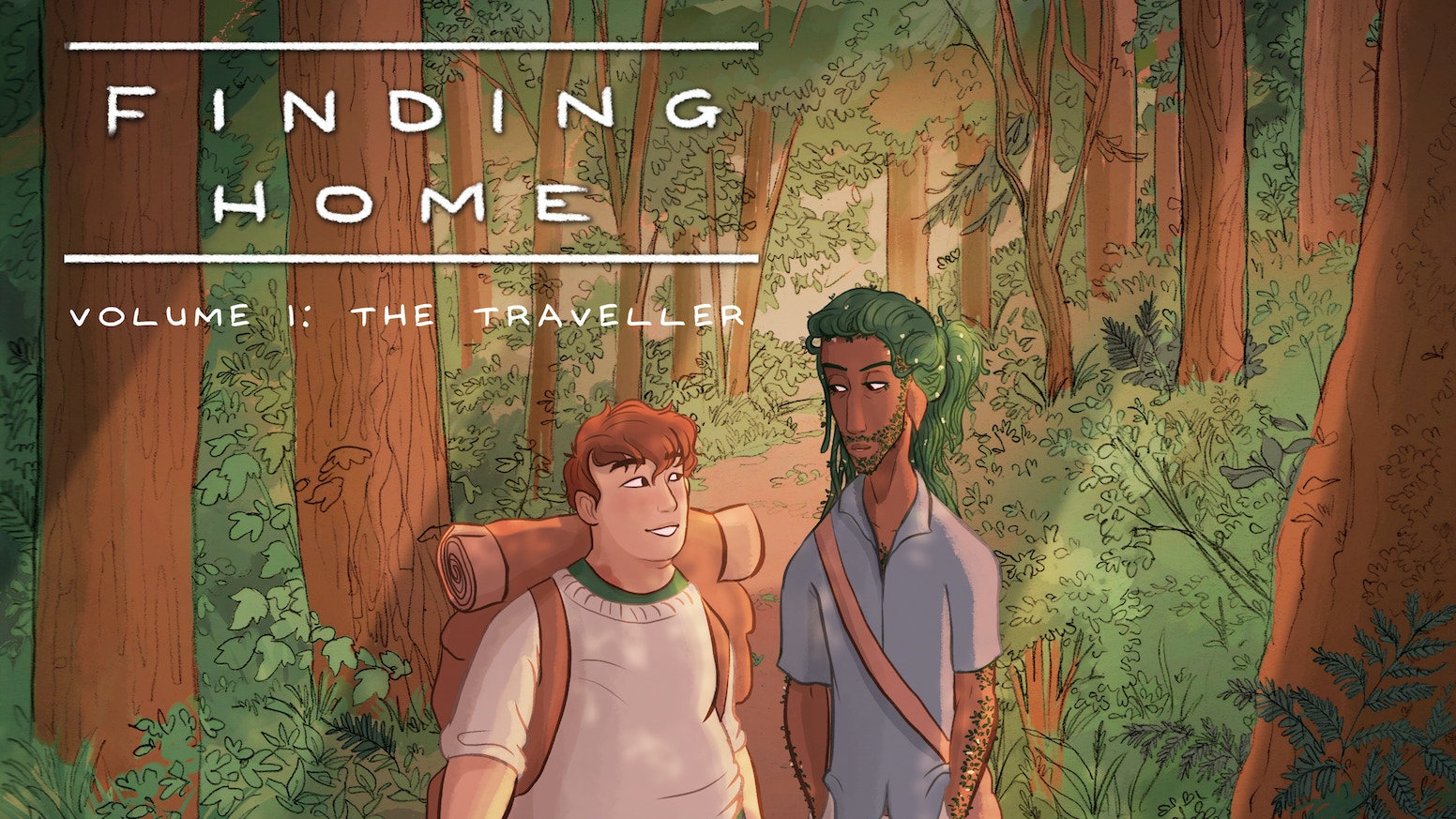 Another sweet gay romance comic. Chepi, a half-dryad with a difficult past is escorting Janek home. I really like the worldbuilding in this one, there’s a sense of atmosphere and depth, and I can’t wait to hear more about it. It probably helps that the whole plot reminds me more than a little of The Healers’ Road by S.E. Robertson, one of my favourite books.

The Firelight Isle by Paul Duffield

Anlil and Sen are childhood friends with very different ambitions – ambitions that will separate them. Anlil is a weaver, having recently received the honour of her first commission from the Somin temple, while Sen wants to join he Ara (masked Somin priests) himself.

The story’s interesting enough and the art is gorgeous, but worldbuilding is the best aspect. One of the most interesting things is that the colour blue is considered sacred – no ordinary person is allowed to wear it and weavers commissioned by the temple must handle the dye carefully and never let it touch their skins. The people also seem to keep a nocturnal schedule, and, well…in general, it’s pretty unique and interesting and I’d highly recommend it.

Gideon is a fox spirit cursed to be slowly locked in the form of a fox. Willow is a runaway princess. Together they are on a mission to undo Gideon’s curse. And though the main focus is on this, each of the chapters has its own arc, based on some well-known European folktale, which is a pretty nice twist. There may or may not be some romance for those of you who are into that as well 🙂