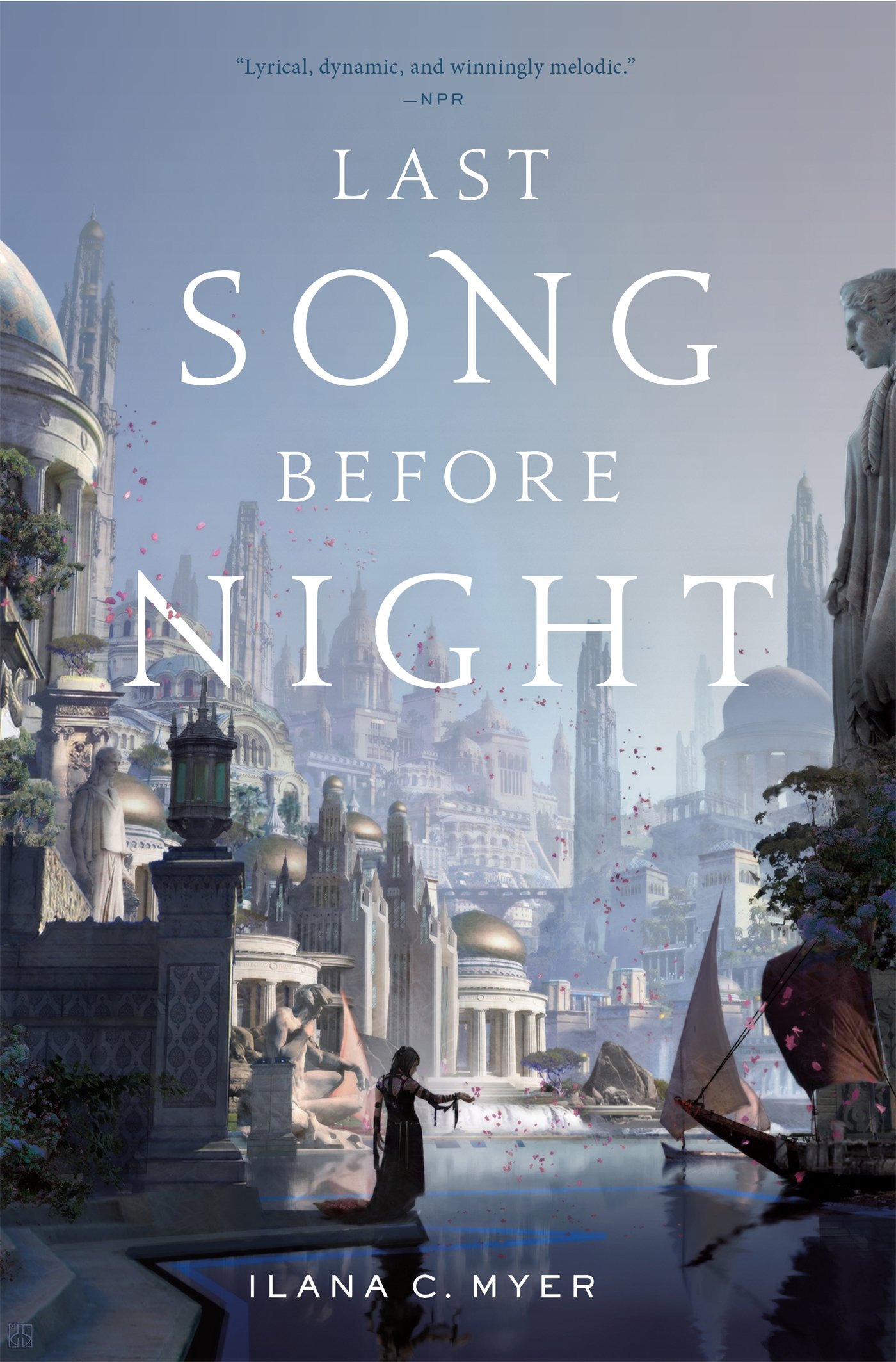 I’ve been in a bit of a slump, so I went for another quick re-read. There’s a whole pile of books waiting to be read, a reading challenge to finish…and ended up grabbing and devouring this book again instead. Oops.

This is classic epic fantasy in modern clothes. It’s the living proof how much do complex characters and atmospheric writing improve a seemingly simple, stale story concept – deceptively simple as you read it, then you try to describe it and stumble upon all the little intricacies. And the best thing, it doesn’t take hundreds of pages and multiple books to get to the point as is usual for the subgenre.

All her life, music was a secret. It was what you stole to the cellar at midnight or the deep pine woods to play, or sing. Verse was composed in greater secrecy still, by light of a single candle after dark. Even then, Lin had to hide the burned-out candle the next day, smuggle it out to the midden heap under the cover of the night.

But now music was a drinking song in a tavern performed to  crowds of rough men, or more recently, a stately ballad sung to lords at their firesides.

Darien and Marlen are shining new stars, best poets of their generation and intent on winning the contest for the Silver Branch. Lin is another competitor, a female poet in a world where being a poet is forbidden to women, and a noblewoman on the run. Rianna is a rich man’s daughter, secretly in love with Darien. There are also Marilla, Marlen’s lover, Rianna’s betrothed Ned, the great poet Valanir Ocune, Lin’s sociopathic brother Rayen…all of them tangled together, going in and out of another’s stories.

There are several layers to the plot. The top one, the music competition. Then the conflict with Gerrard, the court poet and censor, the black magic unleashing a plague in a city to the south. And finally, the core premise: music used to be magic, it went away, and now it’s up to our protagonists to bring it back. The plague unfortunately takes a bit of a backseat and never feels like much of a threat, but there’s enough of everything else to make up for it.

Each of them seems simple enough, but the magic is in the details, especially how everything intertwines. Each character is multifaceted, has their own motivations, and nobody is what they seem to be initially. Just when you think you know who the characters are and where the story is going…it turns out you really don’t. And it never feels forced or out of character or pointlessly subversive.

The writing style is quite atmospheric. It shows the same tendency towards what I call “bag of bricks foreshadowing” that so annoyed me with Guy Gavriel Kay (think “she didn’t know she would remember this moment forever” and similar phrases), but it either lessened somewhat as it went along or I stopped noticing it as much. Aside from that, it definitely breathes life into what would otherwise be a fairly minimal setting.

Myer does a lot with a little, and it surprised me how she manages to air out old tropes and breathe new life into them. It really is all in the execution.

Recommended to: fans of character-focused stories, those who think most epic fantasy is too long, those who like music as magic, those looking for fresh takes on old tropes
Not recommended to: those who need in-depth worldbuilding, those annoyed by unsubtle foreshadowing

2 thoughts on “Reread: Last Song Before Night by Ilana C. Myer (The Harp and Ring Sequence #1)”