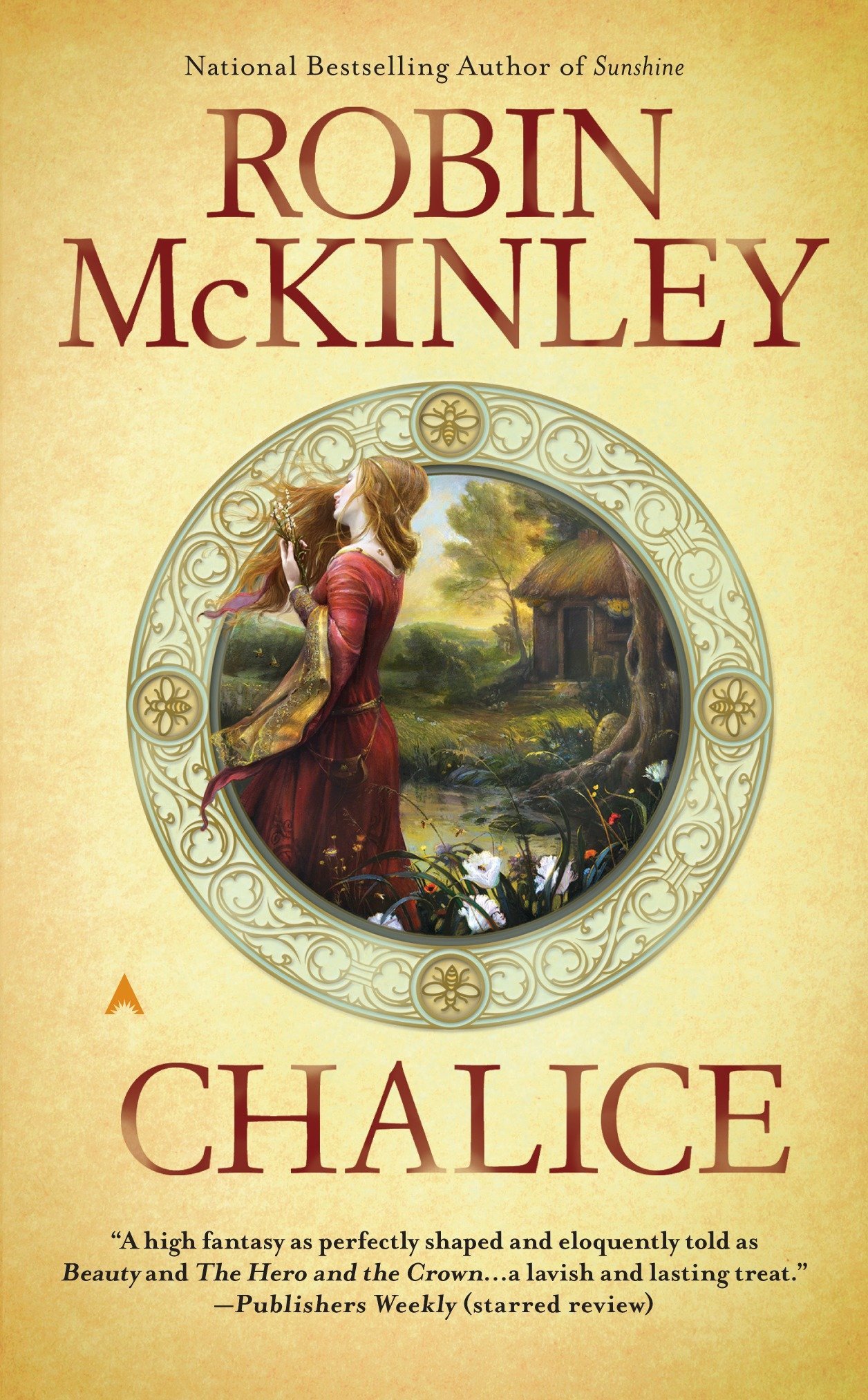 Another buddy read with Keikii, this time gone much better than the last.

“It is a strange Mastership and a strange Chalicehood,” he replied. “The last Master and Chalice died ill, and without Heir or apprentice. We are making new ways because we must. We have had one burning between us. Let us have the sweetness now.”

Beekeeper Mirasol has recently been chosen as Chalice, the second most powerful person in Willowlands, whose task is to bind the land and its people together. Inexperienced and struggling, her task is made even harder by the fact that the newly chosen Master is a former priest of Fire and no longer entirely human. They have to learn to work together and care for their demesne, which is still reeling from the sudden loss of the previous Master and Chalice.

This book had one of the worst beginnings I have ever seen. Repetitive, infodumpy, full of randomly capitalised words, with the words “Master” and “demesne” probably repeating ten times each in the first two pages, pages-long digressions, and no dialogue whatsoever until about 30 pages in. All tell, no show. Despite the promising-sounding concept and my love of slice of life, I was afraid I’ll have to drop it.

Fortunately, it got better.

The setting is excellent. It’s very small-scale, concerned with the events of a single community, and magic coming from bees or the land is an approach I really liked (and the bees are basically a character of their own!). It’s also very uplifting – the developing trust between Master and Chalice and their growing confidence in their new roles are incredibly sweet.

After the rough start, after they start talking and interacting with each other, I found myself unable to stop reading. It’s chill, it’s relaxing, it’s nostalgic, it’s predictable – in short, it’s a good slump-breaker.

Unfortunately, I also couldn’t help but be slightly disappointed with the ending. Personal preference? Probably. Minor? Yup. But disappointed nonetheless. (Spoilers for the curious below the review, in white.)

Aside from that? Probably still recommended if it sounds up your alley.

Recommended to: slice of life fans, if magic bees sound interesting to you, those looking for an uplifting/comfort read who can overlook a bad beginning
Not recommended to: those who dislike deus ex machina, impatient people

[In the final fight between Master and the man who has been chosen as his Heir, Master is transformed from a being of Fire back into a human by Mirasol’s swarm of bees. Which just felt like a massive cop-out to me. I knew they were going to get together and marry, but I thought his limitations (little physical strength, heat control) would be overcome more…gradually? Not just magicked away by Bees Ex Machina. I thought there was no need for it – it wasn’t a curse – and in general I really hate it when powers that come with huge drawbacks are suddenly reverted. Feels like the author didn’t want to work around the inconvenience, and inconveniences are fun. Inconveniences are interesting. And it’s twice as bad when it’s a disability gets magically healed (which didn’t happen here, but, you know).]