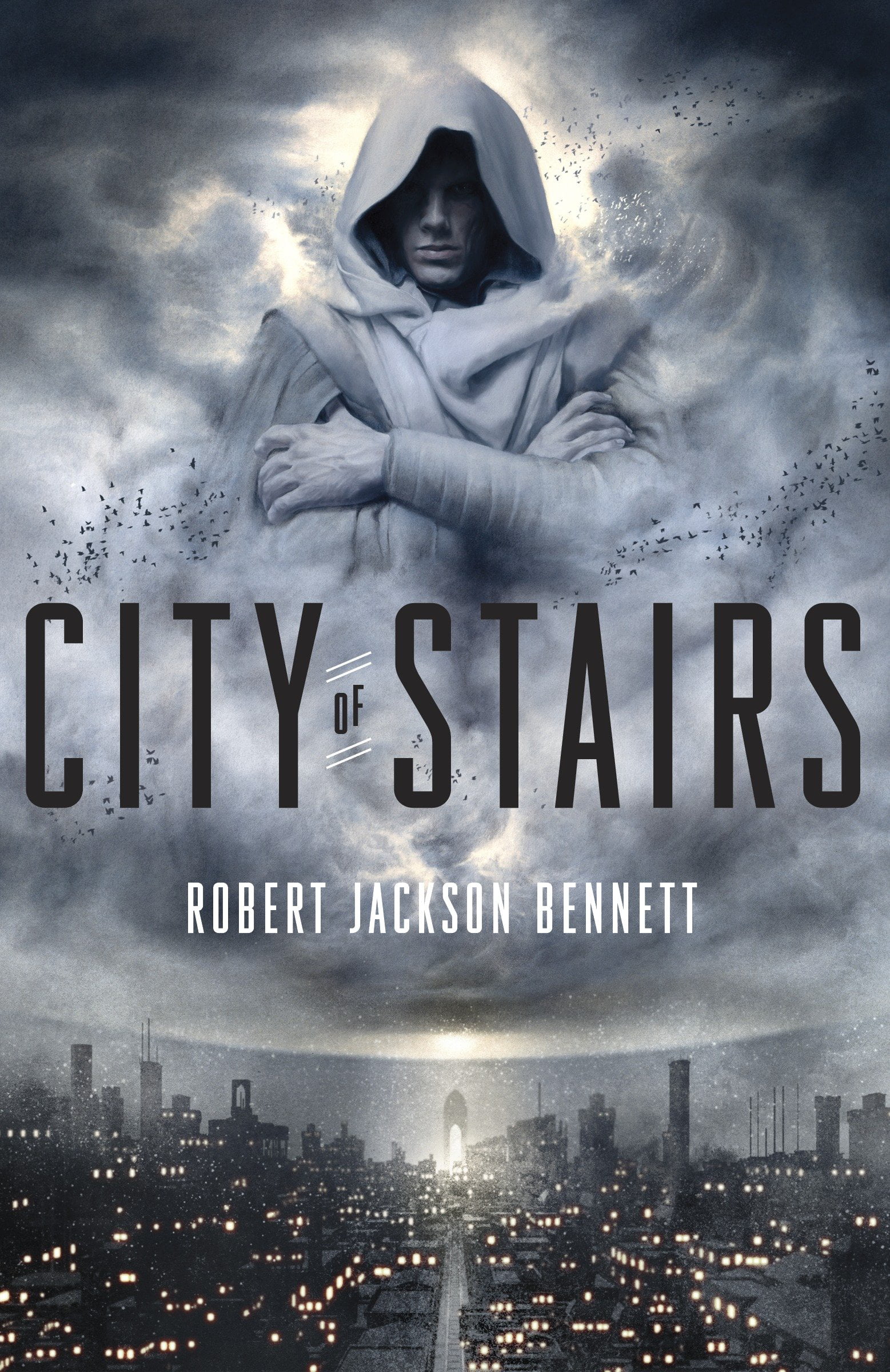 City of Stairs has been lying on my TBR since early 2015. It has been in my yearly reading plan every single year, and every single year I have somehow forgotten to get around to it. When I finally did…oh sweet fuck, it was good.

Perhaps no one on the Continent ever quite knew what they were seeing. And now that the Divinities are gone, we might never know. Time renders all people and all things silent. And gods, it seems, are no exception.

Decades ago, the gods of Bulikov were killed, their magic lost. The former empire and colonial power subjugated by the very people they used to oppress, their history erased. Now the the Saypuri historian researching the gods and the forbidden history has been killed and Shara, officially a minor diplomat but secretly one of the most accomplished spies, has been sent to investigate the murder along with her northern secretary/bodyguard Sigrud. And that’s only the start…

I have no idea how to categorise this book, no idea where to even begin. It is, in part, about the murder of a historian. But also political intrigue. And effects of colonialism. And the old gods who may or may not be dead. There’s just so much in one single book and it doesn’t fit into any particular subgenre neatly – it’s probably the closest to Mieville or Vandermeer in worldbuilding, it has touches of urban fantasy when it comes to plot, and the whole deal with the gods is straight out of epic fantasy.

The problem with fitting so much in a book is that the middle is extremely heavy on the infodump, which slows it down a lot. Even if the world is interesting – Bulikov is faintly Russian-inspired and Saypur’s the closest to India. I also like how it primarily deals with consequences – what happens after a war, after the death of the gods, after the former colonisers have been colonised themselves. The backstory could easily be another, more standard fantasy book, but the story of the ugly aftermath is just so much better.

The characters are another of the book’s strong suits. Shara is calculating, determined, and smart. She’s not perfect and often gets in way over her head, but she never falls pray to idiot ball. Sigrud is the contrast, the brawn to her brain. And here, Bennett surprised me. I usually hate the “gruff barbarian warrior” archetype (just ask me about Karsa from The Malazan Book of the Fallen. Or don’t. The rant gets lengthy…), but Sigrud eventually won me over. Their dynamic is great and both of them have real depth – and the rest of the cast is not neglected either (though a certain death did feel unnecessary).

“Next you will say it is not like that dragon.”

“That was a small dragon,” says Shara. She holds her hands about three feet apart. “And besides, I was the one who finally killed that one.”

“After I did all the work,” says Sigrud with a sniff.

And have I mentioned the book also contains one of the best fight scenes I’ve ever read and a ridiculously good ending?

All in all, highly recommended. Don’t wait as long as I did.

4 thoughts on “Review: City of Stairs by Robert Jackson Bennett (The Divine Cities #1)”