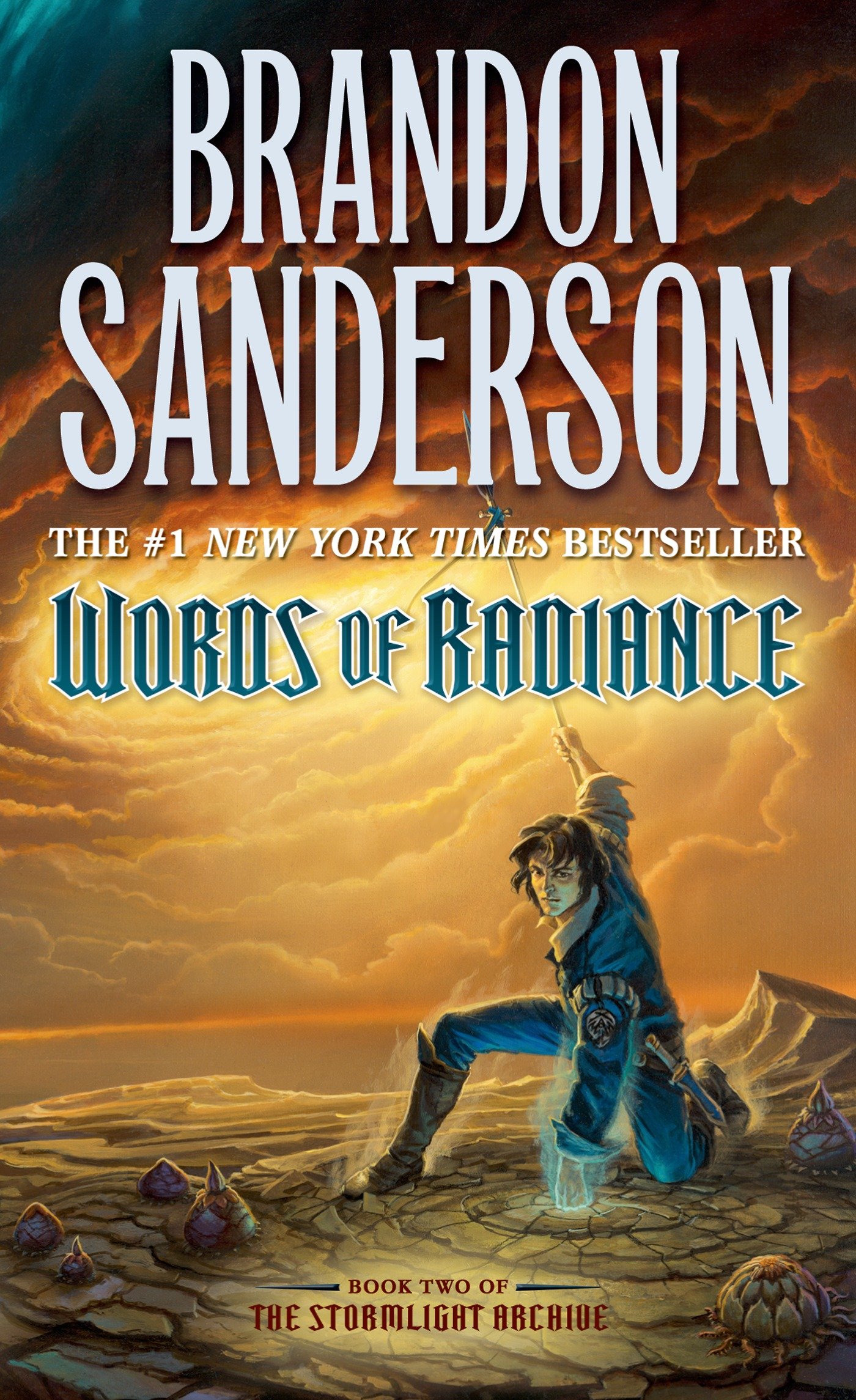 This post contains no spoilers for The Way of Kings (The Stormlight Archive #1).

The Stormlight Archive is a series that needs no additional introduction. When I want something long and suitably epic, I can count on it to deliver. But while it works very well as a whole and is one of the better epic fantasy series I’ve encountered, the individual parts are far from flawless and I cannot separate it from the hype surrounding it. Because of that, this has been one of the hardest reviews to write.

For once, I’m not going to attempt to summarize the plot. A lot happens and unlike most epic fantasy, it doesn’t have a clear arc, not until the very end. A good or a bad thing? Depends. As usual, Sanderson holds his cards close and keeps information to  dribble right until the end, when he unleashes everything at once.

And honestly, I’m a complete sucker for that. I often make little theories in my head as I read and keep loose track of questions (a habit I picked up while reading The Malazan Book of the Fallen) and it’s fun to see them confirmed or denied. The worldbuilding is both unique and intricate, and even if he does tend a bit towards infodump in places, it’s so interesting I didn’t mind.

Still, a third in during Shallan’s journey, epics fatigue had started to set in, but that’s more on me than the book. No matter how much I think I want an epic, I always forget just how little patience I have for the feeling of getting nowhere, even if the content itself is interesting. And the book actually bogs down less than The Way of Kings did.

Another aspect that improves are the characters. The focus in Words of Radiance is on Shallan – she gets the flashback chapters – and she was my favourite as well. While I didn’t mind her before, she really got the chance to shine and I couldn’t wait to learn more about her past. I was also not bored with Adolin/Dalinar chapters anymore, which I found to be the hardest to get through in the previous book. The only character I still found insufferable was Wit, but luckily he is largely absent in this book.

But while Sanderson has improved a lot, he’s still a pretty clumsy writer at points. He tries to introduce themes at a few points (women’s choice, honour…), but it usually comes off as heavy-handed and awkward and sometimes cheesy, more tell than show. The exception is mental illness, which is done well, but that’s the one area where he shows as well as tells. Another area that’s immersion-breakingly uneven is the swearing. There are boob and dick jokes plain as can be, but nobody swears ever (and I’m sorry, but using common words such as “storms” instead is just not how language works). Aside from that, the fight scenes are too detailed for my liking and there is very little tension – you know the main cast is going to make it out of every situation thrown at them.

“Expectation. That is the true soul of art. If you can give a man more than he expects, then he will laud you his entire life. If you can create an air of anticipation and feed it properly, you will succeed.

“Conversely, if you gain a reputation for being too good, too skilled . . . beware. The better art will be in their heads, and if you give them an ounce less than they imagined, suddenly you have failed. Suddenly you are useless. A man will find a single coin in the mud and talk about it for days, but when his inheritance comes and is accounted one percent less than he expected, then he will declare himself cheated.”

Wit shook his head, standing up and dusting off his coat. “Give me an audience who have come to be entertained, but who expect nothing special. To them, I will be a god. That is the best truth I know.”

I liked that the author himself lampshaded the problem with expectations and overhype. That really is the crux of it for me. I ended up mostly satisfied with both books I read so far, but I never expected perfection and read them only when I was exactly in the right mood. I am wary of hype – a little pressure from friends is good to pique the interest, but when seemingly the whole internet is trying to tell you how great the series and how it’s the best ever written, exactly the same thing described above happens (…and gods forbid you have the wrong opinion). I doubt my thoughts would have been different had I read it in a vacuum, but the hype does make reviewing much harder.

All in all, would recommend with some caveats.

Recommended to: fans of epic fantasy, anyone who has enjoyed the previous book, those looking for good worldbuilding and themes of mental health, fans of magic systems and detailed fight scenes
Not recommended to: anyone easily fatigued by length and infodumps, those easily frustrated by sometimes-clumsy writing, dad jokes, and fake swearing, those who want to feel like the characters are in real danger