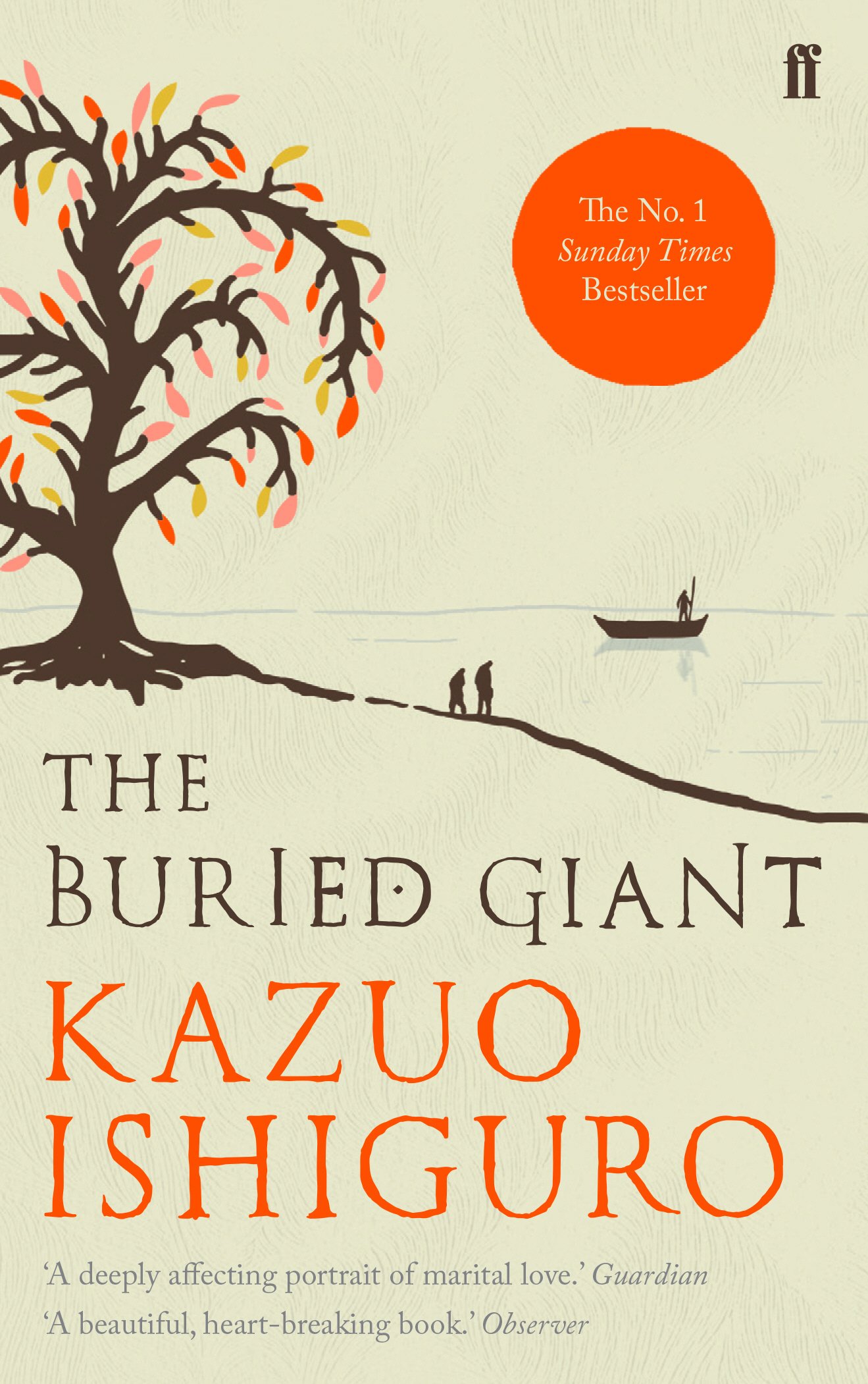 I came to this book primarily as a long-time fantasy fan – even though I had read Never Let Me Go many years ago, I have few memories of it. The Buried Giant had, in theory, all the makings of a book I could enjoy. I like literary fantasy. I’m always looking for more books that deal with consequences of a big event (such as a war) rather than the event itself. Older protagonists are always a nice change of pace.

“Yet are you so certain, good mistress, you wish to be free of this mist? Is it not better some things remain hidden from our minds?”

Unfortunately, the end result is flatter than soda that’s been left outside for three days.

The gist of the plot is this: an older couple from a village plagued by a mysterious mist that eats memories decides to go visit their son who lives a while away. On their meandering (oh so meandering) journey they start to learn about the mist itself, what it is, what it means, and which memories is it covering up.

The quiet English countryside, the atmosphere, the focus on the journey…at the first glance, it reminded me a lot of Tolkien. More so than any of the writers commonly considered to be imitating him, who may have the tropes but not the feeling. Whether this is intentional or not doesn’t matter at all. Though there is one significant difference: The Buried Giant has pretty strong undercurrents of allegory – according to some interviews, Ishiguro apparently even considered setting it in Bosnia. And Tolkien, as any fantasy fan knows, was not a fan of allegory at all. Regardless, I could never question whether it belongs in the genre or not; if anything, it’s back to its very roots. Saying a book can’t be SFF because it’s theme-heavy is absurd.

Erasure of memory is handled well, and there are a lot of interesting questions – is it better for a terrible event to be forgotten if it means peace? Or should the truth come to light because it’s more right to face it, even if it will mean more blood spilled? What does memory mean when it comes to love? But that alone is not enough. Or to put it plainly: despite liking the concept, I was bored to death the whole way through. By two thirds in, I started skimming and considered not finishing.

A lot of fantasy reminiscent of Tolkien is essentially a description of a more or less eventful hiking trip, and this is no different. There is nothing inherently wrong with this – if the other elements were good enough, I would not have minded. It’s not that it’s slow and too literary either. I’m not asking for action, it’s perfectly possible to have a book that’s slow, literary, concept-focused and interesting (ahem). But the characters are bland, the dialogue a bit ridiculous, and on the whole it’s so emotionally distant, so detached, it ends up as simply tedious. I wanted to know why the mist, which is why I didn’t DNF on the spot, but it never made me feel anything except boredom.

There’s far more to a good book than the concept.

Recommended to: those looking for books with the same old timey English countryside atmosphere as Lord of the Rings or for books about consequences, also it may make a good audiobook to fall asleep to
Not recommended to: well honestly…anyone looking for an emotional or engaging read, fans of character-focused books

4 thoughts on “Review: The Buried Giant by Kazuo Ishiguro”