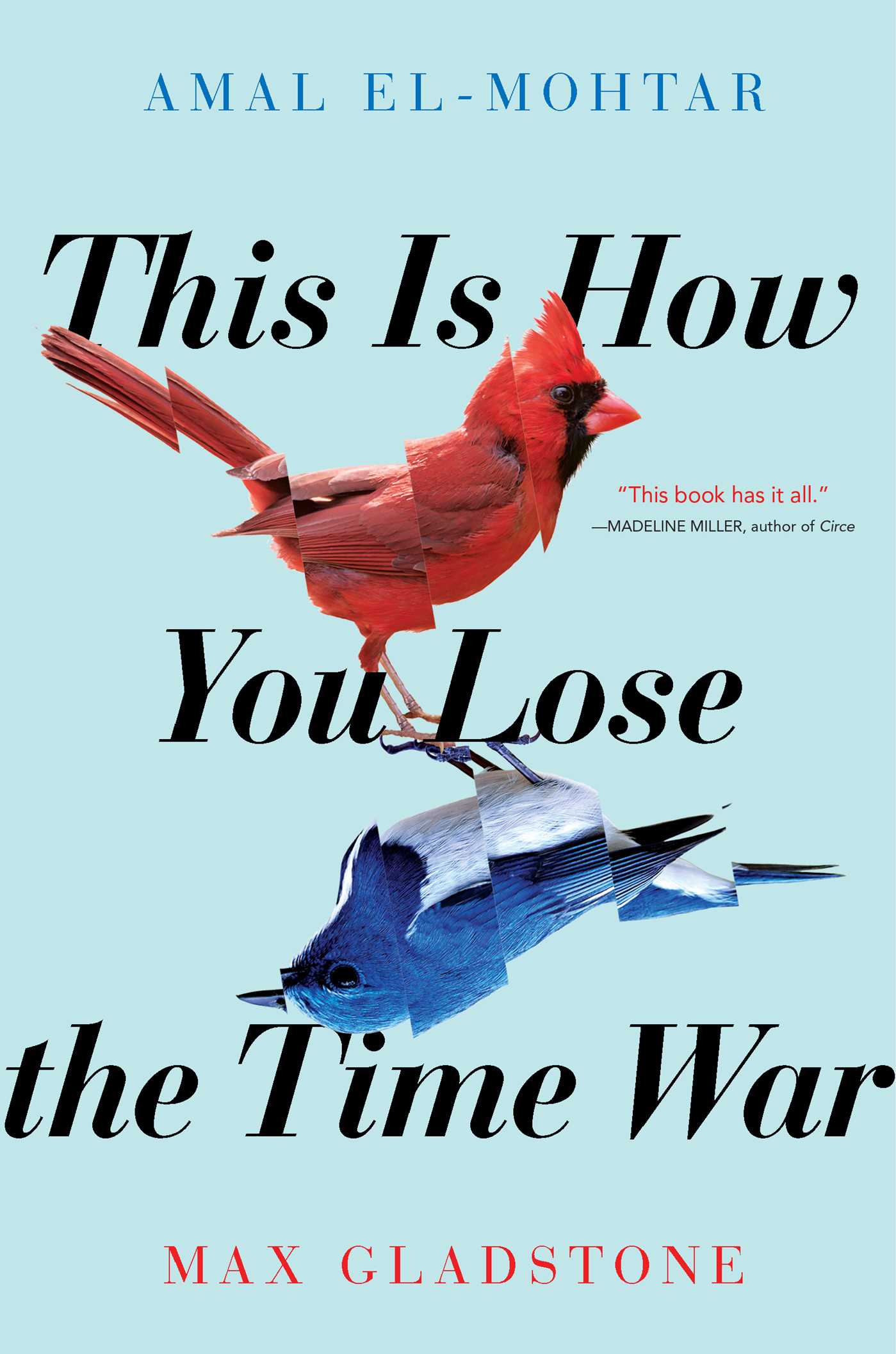 ARC received from the publisher (Saga Press) on Netgalley in exchange for an honest review.

Whoa. Just…whoa. Another candidate for “best of 2019” for me. It’s like someone distilled almost everything I like into one book – exquisite prose, a high dose of weirdness, a queer relationship, a more literary feel, experimental structure – and the end result is breathtaking. Brilliant in a way I’m not sure a review can illustrate. It has to be read to be believed.

I feel almost invincible in our battles’ wake: a kind of Achilles, fleet footed and light of touch. Only in this nonexistent place our letters weave do I feel weak. How I love to have no armor here.

Footnote for fans of the romance genre: for the sake of proper expectations, this is a love story but is not romance genre-wise – if anyone rec’d it as such…🤦

The plot is so simple it’s almost not worth describing: two rival agents from the opposite sides of the time war start exchanging letters in secret. A tale as old as time (heh). You can probably guess the broad strokes of where it goes from there and you’d probably be correct, too. But I don’t think reducing it like this does it justice. Not even close. It’s two lives circling around each other but never quite touching. It’s loneliness and longing and finding solace in each other, the war be damned. Technology and nature. It’s heady and strange, a book to be savoured rather than devoured.

The prose is ridiculously good. Absolutely on the stained glass side – poetic, reminiscent of Samatar’s The Winged Histories, and practically begging to be read out loud. I could drown in it; I don’t know how to give it higher praise than that. Another thing that reminds me of The Winged Histories is that the war itself, which would be front and centre in most books, is merely a background detail, context for the characters and their interactions (the true main focus) but largely glossed over. The alternation between letters and chapters describing where they find them adds to the disconnect. To be clear, it’s nowhere near a bad thing – just different. Unconventional.

And it’s weird in terms of setting, too. Profoundly, gloriously weird. It’s a world where poetry is the answer to math riddles, where letters are written in seeds and water and poison and hidden behind eyes, where everything including time is fluid and seemingly anything goes. After all, all is fair in love and war. And that’s the beauty of it. Relax, enjoy the wild ride.

I wouldn’t recommend it to anyone, as it’s highly experimental fare, but those of us who fall for the stuff will fall hard. It’s absolutely my catnip and I can already see it winning all the awards.

Recommended to: literary fantasy fans, prose fans, those looking for f/f representation, anyone who enjoyed The Gray House / The Winged Histories / The Only Harmless Great Thing / City of Saints and Madmen
Not recommended to: those who like their stories straightforward and need to understand what’s going on immediately

9 thoughts on “Review: This Is How You Lose the Time War by Amal El-Mohtar and Max Gladstone”