As every reader, I definitely have a type. Or rather, a few types, and weird literary fantasy is one of them. It could be best described as the “I have no idea what the fuck did I just read, but whoa 😮” subgenre of fantasy – weird, experimental, often trippy, gorgeously written, and in a way also fun.

The books below have five things in common, aside from genre:

City of Saints and Madmen by Jeff VanderMeer 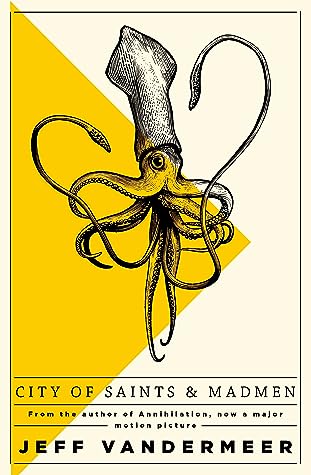 This is, without a doubt, one of the least conventional fantasy books I’ve ever read. Technically, it’s a collection of novellas and short stories, all revolving around a single city, but that doesn’t quite do justice to just how batshit a collection it is. There’s a history of the city told by a cranky historian with a passionate love of footnotes (which tell another story entirely). There’s a full-on scientific journal article on squid written by a mad scientist, complete with extensive bibliography – which should not be skipped because it’s a riot. There’s an interview with a person who thinks he made Ambergris up and really lives in Chicago. There are pamphlets and letters and illustrations aplenty.

Warning: because the illustations and the formatting are an integral part of the story, it has to be read in print.

The Only Harmless Great Thing by Brooke Bolander 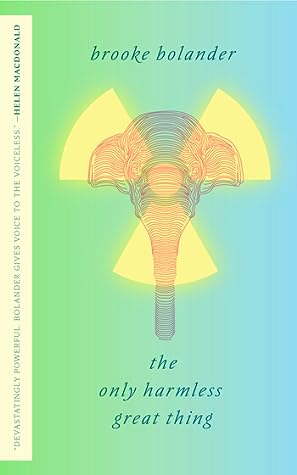 The Only Harmless Great Thing is, at 17k words, not even quite novella-length, but it deserves a shout-out regardless because of how much punch it packs into the tiny amount of space. It’s a beautifully written, non-linear story about elephants and radium girls and history and human exploitation and you should definitely give it a try. 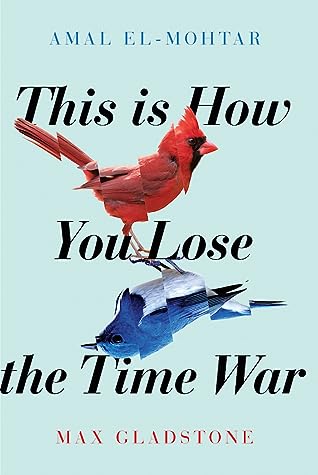 Tied with The Ten Thousand Doors of January (more approachable and therefore left off this list, but no less good!) for “best of 2019” as far as I’m concerned, this is a twisty wibbly wobbly timey wimey novella about two agents on the opposite sides of a time war exchanging letters. And it’s hard to describe just how delightfully strange it is. Everything, including time is fluid and letters are hidden in all manners of odd ways. Open it on any random page – it’s all like that.

The Winged Histories by Sofia Samatar 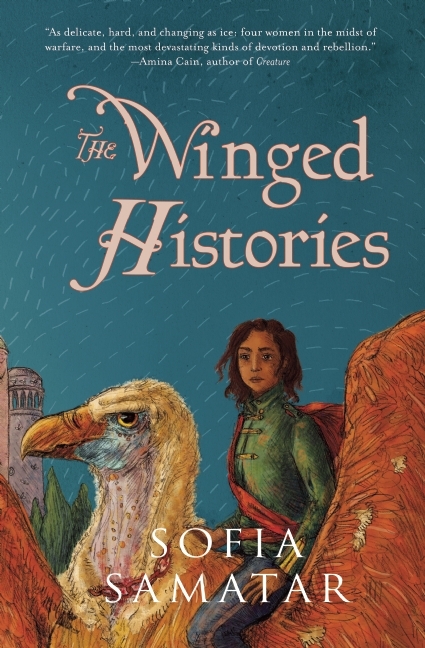 The Winged Histories contains the stories of four women caught on various sides of a civil war. What makes is so unusual is that the war is nothing more than a distant backdrop, found mostly between the lines and in short interludes between the four parts. The story is, instead, centered on feelings and memories and snippets of lives, an examination of history though another lens than the great men who are usually remembered. And the writing style stands out even among five books with pretty prose.

The Gray House by Mariam Petrosyan 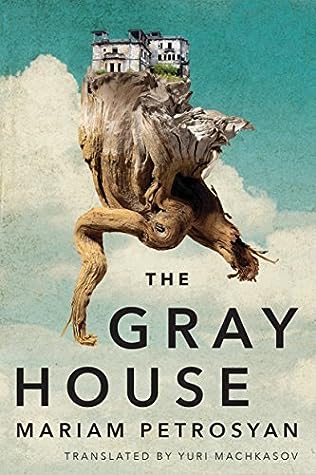 What monster would leave her favourite book off a recommendations list?

The Gray House is an awfully difficult book to describe. It could be said that it takes place at a boarding school for kids and teens with disabilities where some weird things are going on, but that would not capture half of it. Disability is not the main focus – the characters are. It’s implicit, with only bare hints of a plot, and more than a bit of a puzzle; the reader has to figure out most clues and connections and answers by themselves and a reread is almost necessary, but the use of multiple perspectives and how they contrast is masterful. And don’t think it’s dry or tedious. Even though some of it is objectively fairly dark, there are shenanigans and camaraderie aplenty and at times it’s laugh-out-loud funny. Top it off with an ending that’s bittersweet yet perfectly fitting and – well. I can’t not make a mess of it. In short, read it 🙂

Honourable mentions (that didn’t quite make it but you may enjoy regardless):

And that’s it! Now it’s my turn to ask: Which weird literary fantasy books did you like? Is there anything you’d recommend?