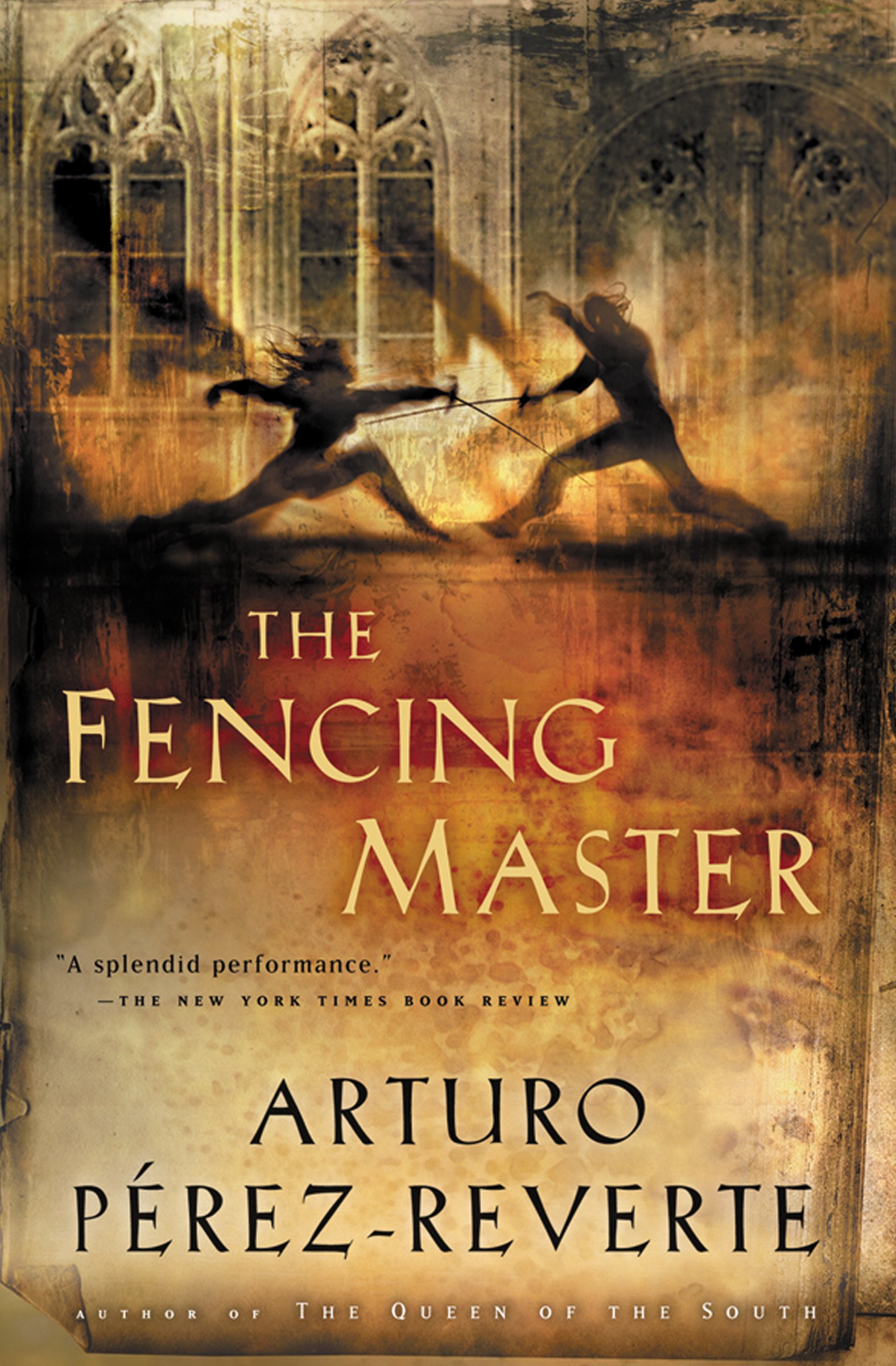 Spoilers in this review are marked like this: [spoiler] (highlight to reveal). If this doesn’t work for you, proceed with care.

Okay, first off: I went into this book with no great expectations. I picked it up on impulse, in a random kindle sale, intending to save it as light reading for the first time I go to the beach, whenever that will be. I knew I was probably the wrong audience and that there were likely to be things that’d piss me off, but whatever. Give me historical fiction about fencing and 19th century Spain. No need to be quality, just quick and readable.

Well, today the day has come. And turns out that yes, it pretty much lived up to those expectations – entertaining with a shit plot and more than a bit cliché. Which I was luckily more amused than irritated by.

Still, I would not recommend it.

The plot follows Jaime Astarloa, an aging fencing master in an era where fencing is becoming increasingly irrelevant because of guns. He’s your usual crochety old man yelling at clouds – despairing that the great practical art of fencing is being reduced to a mere sport, grumbling about today’s youth, loudly proclaiming that he doesn’t care about politics (“I couldn’t care less about the principle of equality […] I can tell you I would rather be governed by a Caesar or Bonaparte”), imagining himself the last honourable man. In short, a staunch traditionalist. From how it was all written, we were meant to find him a tragic and sympathetic figure, but I could neither bring myself to take him seriously, observing the whole thing with…fascinated amusement, perhaps. Such a stereotype.

I was cheering far more for two of the side characters, even if it was clear the narrator is not on their side – his friend Cárceles, a journalist and staunch revolutionary often monologuing about guillotines (very entertaining) and Adela, a young woman who wants to learn a fencing move near impossible to defend against. Her appearance was described at great male-gazey length, earning many an eye-roll (violet eyes!), but she was competent and awesome and I liked her a lot. I hoped the plot was not [heading towards a romance with the old fencing master who sure seemed to be eyeing her a lot]. And indeed it was not.

Unfortunately, it was worse. Imagine my disgust when in the end [the guillotine guy was murdered and afterwards turned out to be a greedy traitor all along and the sword lady the femme fatale behind the murder plot, eventually attempting to seduce and/or rape the fencing master, then kill him. And naturally, foiled (pun intended) at the last moment]. Okay, in retrospect, I should have seen it coming. Still. Utter fucking bullshit, I say.

It’s always strange when you find yourself siding with other characters than the narrative or the author does. When a character is pushed as a sympathetic protagonist, but you find yourself drawn to anyone but. I didn’t mind Jaime as such at all – I don’t care if I relate to or agree with a character as long as they are interesting, which he was – but I did roll my eyes at how he was pushed as the protagonist who’s obviously always in the right. And at the disservice done to Adela. Yes, I disagreed, and I would have liked it much more if the narrative didn’t take sides – I’m not a conservative old man. Picking a kindle book at random has been a fun experiment, but now it’s over, and I’d rather go back to books that treat female characters better. Perhaps fantasy has spoiled me.

Am I pissed off? No. I didn’t ever expect anything good to happen from the hints I got from the narrative. I knew it was going to be an old-school book, not aimed at me, with all the irritations that come with that. I just had to see just what type of trainwreck it will end in – and I won’t lie, it read smooth and fast and remained amusing all the way through, even if not for the reasons the author intended. There was no disappointment, because I never expected it to be…anything other than what it was. But if anyone hyped it up, it would have undoubtedly ended in a wall toss.

Funny how these things go.

Recommended to: idk, people looking for a shitty plot written in a somewhat entertaining way?
Not recommended to: seriously, if you know me (and even if you don’t) don’t bother with it

8 thoughts on “Review: The Fencing Master by Arturo Pérez-Reverte”