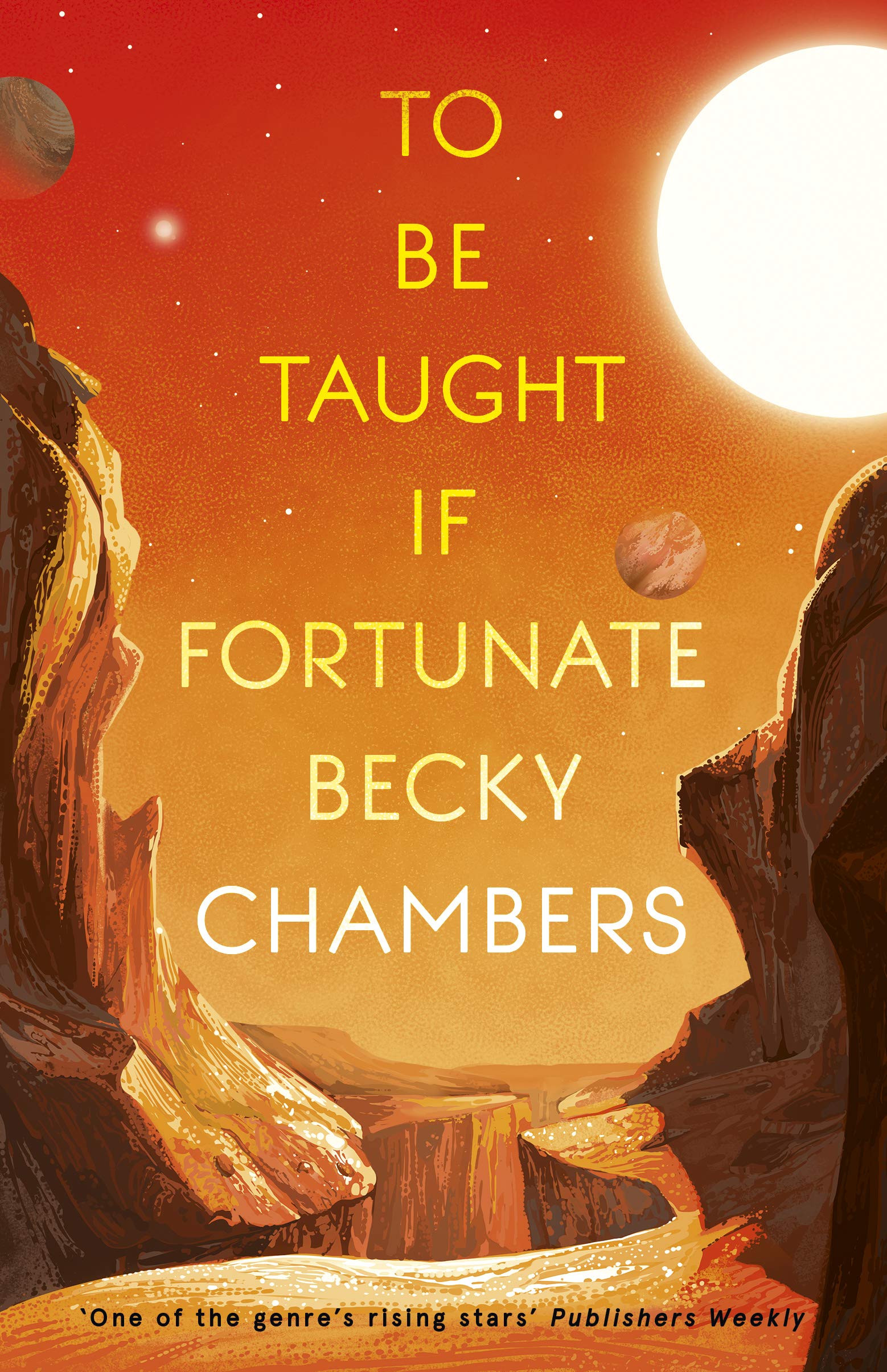 ARC received from the publisher (Harper Voyager) on Edelweiss in exchange for an honest review.

And Becky Chambers has done it again. I know that’s a cliché line to use in a review, but I wouldn’t be surprised if in a few decades she will be remembered as one of the greats. This is the exact kind of thought-provoking, insightful, ultimately deeply human sci-fi that makes up the best the genre has to offer.

However, I went in with entirely the wrong expectations so I will say this: don’t expect another Wayfarers. Expect discussion of the ethics of space exploration. Expect your mind to be blown, perhaps. But heartwarming, character-focused…forget it.

For one, it’s hard sci-fi. Harder than I’m used to, anyway.

Ariadne is an engineer. Along with a crew of various scientists, she is on a mission to explore a few planets that may have life, fourteen or fifteen light years away from Earth. Because of that, all news are delayed. They survive worlds that would be hostile to normal humans through somaforming – bodily transformations induced by patches that can make them immune to radiation, or make their blood produce antifreeze, or give them increased bone density and muscle mass to adapt to stronger gravitation.

I initially thought that I requested the wrong book. That even though I love Wayfarers, I am entirely the wrong audience. See, the first half of the novella is made up almost entirely of infodumps on science. And if there’s anything I can’t stand in sci-fi (rampant sexism of older works aside because that irritates me in every genre), it’s that. I don’t care about physics or biology or what have you. The questions posed were interesting, sure, it was all incredibly quotable and I struggled not to highlight everything, but there’s only so much I can take before I lose my patience and start skimming. I have been told there is a point to it. I was unconvinced.

But somehow, somehow, Chambers managed it. Right after the moment I started complaining (because of course), it picked up. There was more character interaction and less didactic narration. More about the worlds they visited, more things I care about. It’s still a novella and I’d perhaps prefer a bit more details, as it’s usually the case. But it felt perfectly whole. And the ending…! The ending made my jaw drop. It blew my mind. Perhaps it would not be the same for you. Perhaps by the time you read it, it will be discussed to death already. But I was stunned speechless.

And I would love to see more set in this universe.

How does one even rate a book with two utterly different halves? If you are a fan of hard sci-fi, I definitely recommend it. You will not have the same issues I had. If not…I still recommend it. The questions it raises are worth it, I promise.

Recommended to: hard sci-fi fans, anyone looking for a short and seriously thought-provoking story, those looking for LGBTQ+ representation (one of the characters is trans)
Not recommended to: people who hate infodumps, those expecting something heartwarming

10 thoughts on “Review: To Be Taught if Fortunate by Becky Chambers”