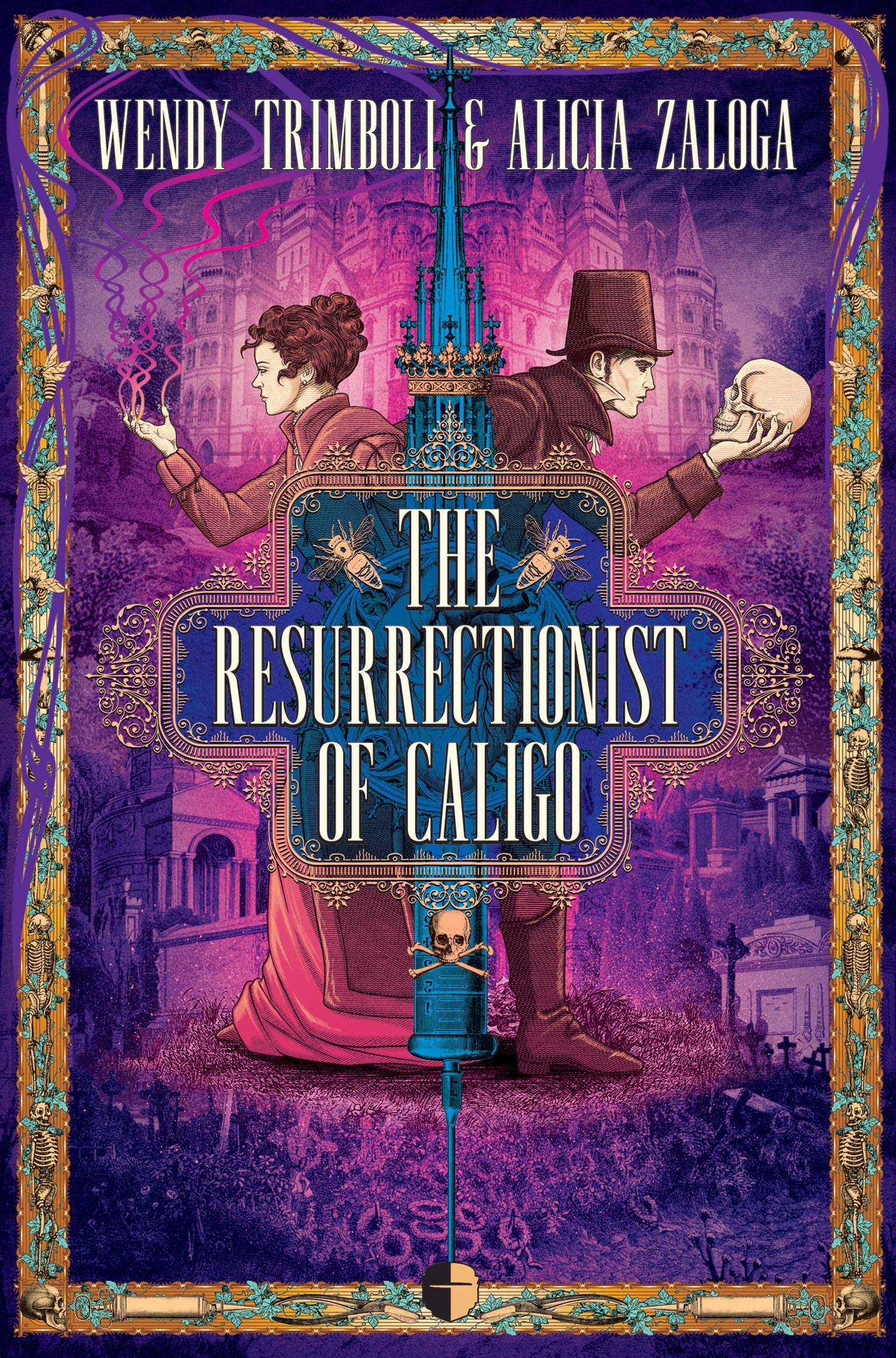 ARC received from the publisher (Angry Robot) in exchange for an honest review.

I had fairly high expectations going in. Dark Victorian fantasy with a murder mystery plot and at least of a bit of a focus on medicine? Plus that gorgeous cover? Unfortunately, The Resurrectionist of Caligo was a letdown. Initially, I was hopeful it would be one of those books that manage to pull it off despite its many flaws, but the nearer to the end I was, the more clear it became that this is sadly not the case. The characters were either bland or assholes and what’s worse, the worldbuilding and plot had more holes than swiss cheese and the ending…did not do it any favours.

Note: the word “resurrectionist” is simply an euphemism for a person who digs up corpses and sells them to doctors to learn from, it’s not related to necromancy (alas).

The story is split between two perspectives. Roger Weathersby is a corpse thief who steals fresh cadavers from the graveyard and sells them to medical schools. While on one of his expeditions, he ends up being framed for murders he definitely did not commit. There is a serial killer targeting women, as well as a mysterious disease, and now Roger has to race against time to clear his name and find who really did it. He finds himself tangled with princess Sibylla, his ex-lover, whose half of the book is…basically some fairly standard court intrigue.

The main problem is, it all relies on massive amounts of idiot ball and increasingly contrived twists. If you thought Robin Hobb’s Farseer Trilogy relied too much on people acting like idiots to advance the plot, boy you’re in for a surprise. And the closer to the end it is, the worse and more ridiculous it gets.

That might not have been too bad if the characters and worldbuilding were up to scratch. Which…they weren’t. Sibylla and Roger felt very bland and most everyone else was an asshole. The only character I liked was Ada aka Ghostofmary, the little girl Roger takes under his wing. The worldbuilding isn’t much better. It’s Victorian-flavoured, which is what initially drew me to the book, but…sloppy. Surface-level. There’s a lot of concepts that would make it a hellish dystopia (genetic magic, for one), but they are mostly sidestepped or not engaged with as much as I felt they should have been. It doesn’t commit.

It has a slow start, so I wasn’t enjoying myself until about 50% when my curiosity about mystery plots took over. Only for my enjoyment to tank completely at the end. I love mystery-type plots and I love fantasy books involving medicine, so this should have been more or less my thing. But even the best concept doesn’t help when the execution isn’t up to scratch.

One thought on “Review: The Resurrectionist of Caligo by Wendy Trimboli and Alicia Zaloga”