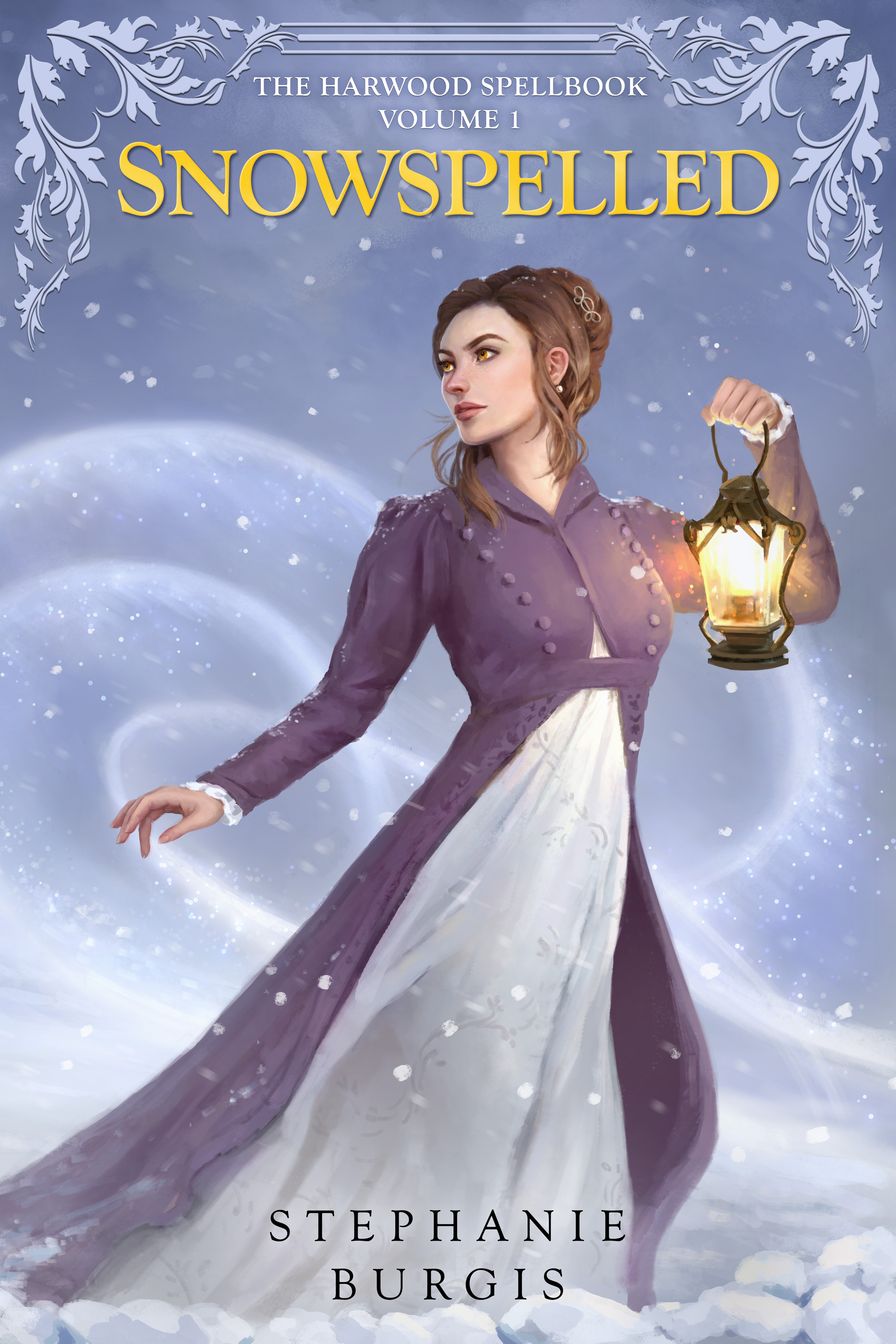 This was a cute little romance novella, but unfortunately, not the kind of romance I’m into.

Cassandra is the first female magician in Angland. Or, rather, was. A while ago she lost her powers, as well as broke her betrothal to the equally brilliant magician Wrexham. Now trapped in a house party with her ex-fiancé, meddling family members, a promise made in haste, and mysteriously bad weather, things are getting increasingly complicated.

As you can guess, this is a second chance romance. Which is, as it turns out, simply not my cup of tea. I was irritated by Cassandra’s family members’ constant teasing, by miscommunication, by everything. It’s not badly done and as a couple they work very well together. It’s the getting (back) there that annoyed me.

The worldbuilding is really interesting. It’s set in alternate England, where highborn women are politicians and highborn men are magicians. The divide is pretty sharp – there are no male politicians and Cassandra is the only female magician so far. This has some interesting implications, such as women compromising men (not the other way around!) and two women being perfectly able to marry each other in certain circumstances. It was refreshing for a Fantasy of Manners and I enjoyed it.

Characters, also. I could really feel for Cassandra, her loss of magic, and how it made her push everyone away. It’s realistic and well-done. I also appreciated very much how respectful Wrexham is – he’s supportive, he understands her ambition, and he’s by no means a dick or an alphahole (which is good because alphaholes = wall toss for me).

However, I wish it was all fleshed out a bit more. The plot and the worldbuilding were fairly thin (despite the cool concept!), and the backstory alone is worthy of a full novel. A common issue with novellas.