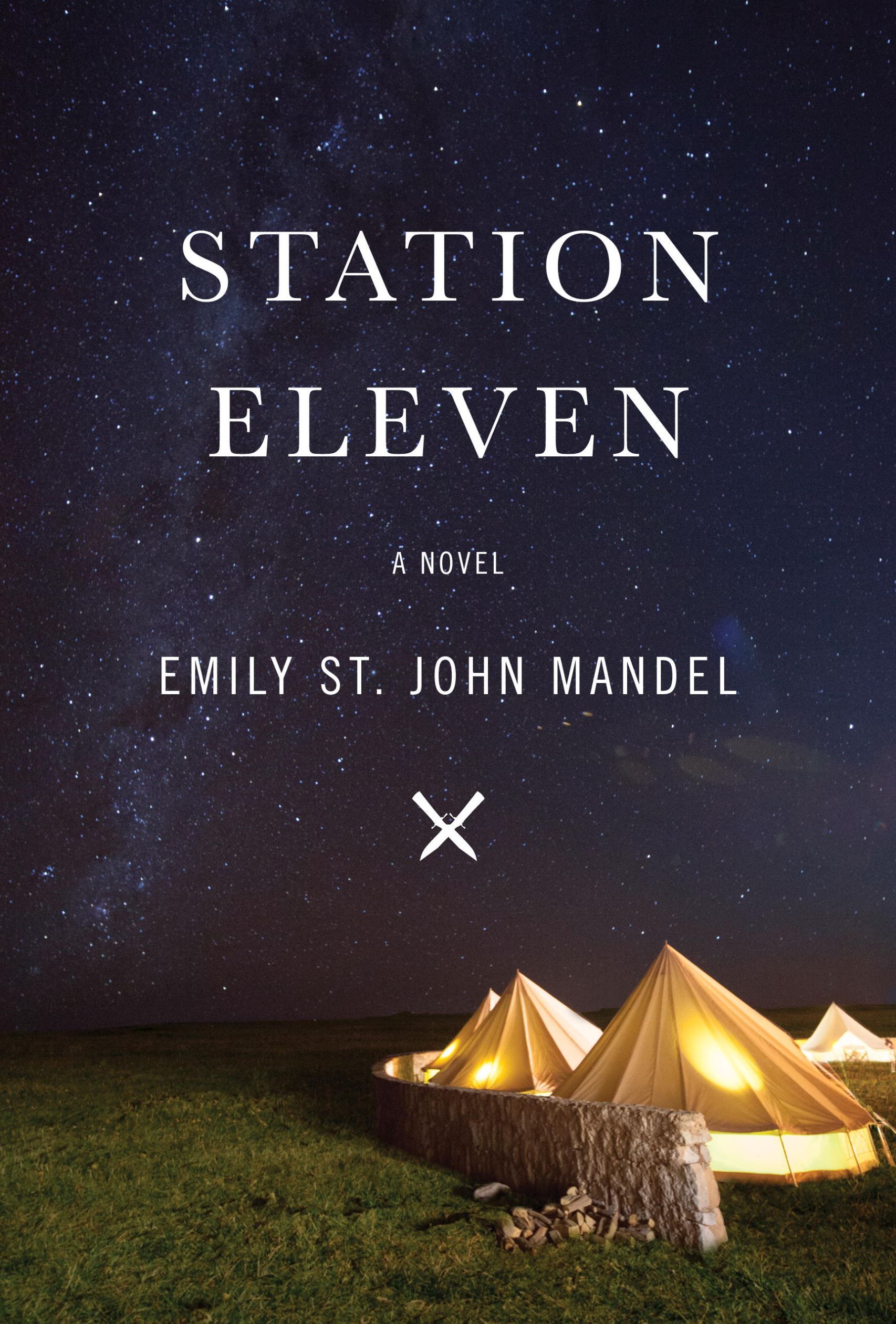 Station Eleven is the best book I regret ever picking up. It’s absolutely brilliant…and there lies the problem. The vision of the apocalypse, the characters, people’s reactions – it all felt too real. Visceral, human, and deeply, deeply sad. It got under my skin to the point I wondered whether I should stop reading. I’m unused to books hitting me as hard as this. I think the last one was The Unwomanly Face of War, but that was nonfiction, and well over a year ago.

Some of them took turns trying to sleep in the moving caravans, others walking and walking until their thoughts burned out one by one like dying stars and they fell into a fugue state wherein all that mattered or had ever existed were these trees, this road, the counterpoint rhythms of human footsteps and horses’ hooves, moonlight turning to darkness and then the summer morning, caravans rippling like apparitions in the heat, and now the Symphony was scattered here and there by the roadside in a state of semi-collapse while they waited for dinner to be ready.

But at the point it was already too late; if it’s going to stick in my mind like a painful splinter no matter what, I might as well finish. So I did. I went into the book largely blind, knowing only it was postapocalyptic, literary, and slice of life, and I think it may have been for the better, so if this was enough to convince you, stop reading here.

The premise is twofold. First, the big picture: an abnormally fast and lethal strain of flu wipes out 90% of the human population in a matter of months. Everything collapses. Then, close-up, it focuses on the death of an actor just before the outbreak of the disease, the people he left in his wake, and how they deal with the apocalypse – before, during, and 20 years after. The interweaving of different narratives, the recurring motifs, it’s structurally perfect, or as close as it gets.

…[character] was thinking about how lucky he’d been. Not just the mere fact of survival, which was of course remarkable in and of itself, but to have seen one world end and another begin. And not just to have seen the remembered splendors of the former world, the space shuttles and the electrical grid and the amplified guitars, the computers that could be held in the palm of a hand and the high-speed trains between cities, but to have lived among those wonders for so long. To have dwelt in that spectacular world for fifty-one years of his life.

And it’s devastating. I don’t know much about diseases and can’t comment if it’s realistic. But it doesn’t matter. It feels real. The prose is beautiful and excruciatingly close.  I kept thinking, “this is exactly how people would act if the world collapsed” – the reactions were more than believable. The regret, the memories, the awareness of what’s happening and later of what was lost.

In most books that deal with the end of the world as it was and apocalypses, the cataclysm had taken place in the past – they deal entirely with the after. If there is a relevant before at all, it tends to be mentioned in flashbacks, or is part of the mystery the characters (and the reader) have to slowly discover. If “postapocalyptic” or “dystopian” aren’t just aesthetics, that is. I have never read a book where the before and the during felt as immediate and real as this. Or where there were characters who still remembered the old world.

One of the moments that struck me was during the outbreak of the flu, one of the characters couldn’t stop singing It’s the End of the World as We Know It. Cheesy? Perhaps. But I know I wouldn’t be able to get the song out of my head myself. Another: a character slowly dying of the flu, on the beach. Or a chapter describing exactly what was lost, what can no longer exist because of the sudden drop in population. How things are science fiction for the kids. And it’s all like that, one gut punch after the other. Constant reminders of what could so easily be lost. It’s horrifying and sad and my words don’t do it justice.

I took away two things from it. The comfort of the modern life is a fragile, delicate thing, dependent on so many people in so many places doing their things. Take out enough bricks and the structure collapses. And in a way, that means we’re all important, we all matter. Yes – I choose to take the optimistic road, despite how hard the book hit me.

But do I recommend it? That’s a good question. It’s beautiful and brilliant. If you think you can take the gut punch, then go ahead. If not, I’m not sure it’s worth the panic and the worry; I don’t think I’ll be rereading it anytime soon, if at all. I thought books that change you somehow were a myth, as I was disappointed time and time again – and perhaps this one will do nothing for you! – but it’s going to stick with me for a long, long time.

Enjoyment: how do you rate for enjoyment something that was gorgeous but nearly gave you a panic attack?
Execution: 5/5