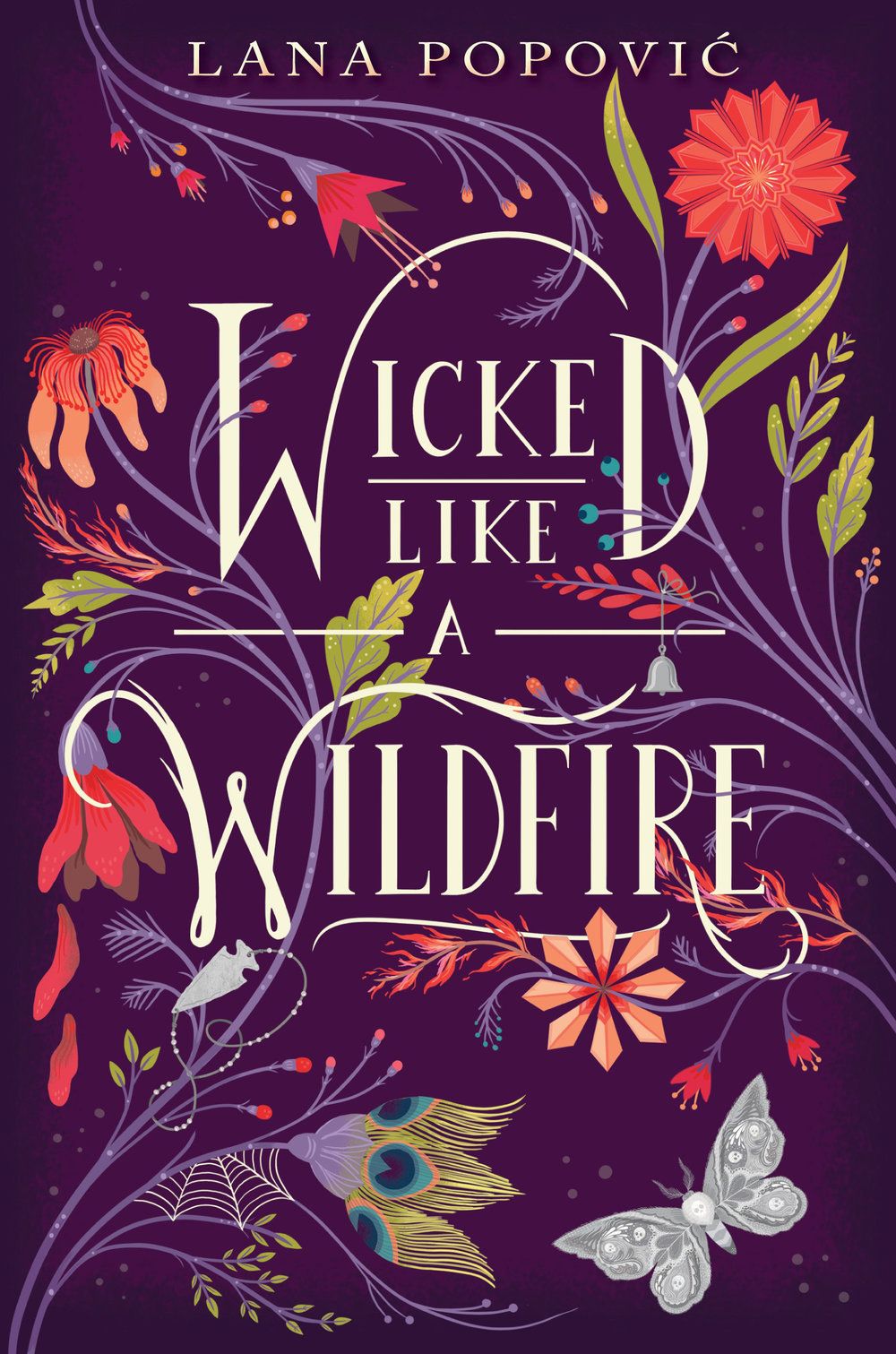 It was bad luck to name a daughter after the thing that first sparked the gleam, Mama said. So I was Iris, for a flower that wasn’t hibiscus, and my sister was Malina, for a raspberry. They were placeholder names that didn’t pin down our true nature, so nothing would ever be able to summon us. No demon or vila would ever reel us in by our real names.

I have a lot of conflicted feelings about Wicked Like a Wildfire. The first half (roughly) was wonderful – gorgeous prose, languid, slice of life kind of pace, plus I have never read a fantasy book set in an ex-Yu country before. The last half I liked…less. The ending, the least. And I think it’s a damn shame.

Twins Iris and Malina are witches – born with a gleam or a special ability to manipulate senses. Malina can sing emotions with an angelic voice and Iris can make flowers burst into fractals…or used to be able to. Then, something terrible happens.

Let’s start with the great: the prose is gorgeous. It’s heavy, very heavy on description, leaning towards purple, but given the sensory nature of magic, it makes perfect sense. Scents and taste and scenery do matter, thematically. Then, the setting, which was perhaps the most important to me. It’s set in Montenegro. And it’s the first time I felt at least halfway seen. I understood all snippets of language (mutual intellegibility, fuck yes) and when the author started explaining things for a presumably Anglo audience, I got impatient. Could we move along? I know what burek is, okay? It was the oddest of feelings. Oddest, but welcome.

However, it gradually descends into all the YA tropes I dislike. A love triangle with a bad boy vs. a nice guy, a girl who thinks she’s ugly even though she’s actually gorgeous, a character who’s jealous of another even though the other person’s secretly jealous of them, a MC who was born special, a death competition…I found it to be a shame. I guess they’re not bad tropes per se, but man do I hate seeing so many of them in one place. Aside from that, their mother was an abusive asshole and if there’s anything I don’t enjoy reading about, it’s abuse. Even if it’s later explained why she acted that way. Nope.

And the ending! God, it made me so mad. It could have easily been a standalone, everything was very nearly wrapped up, but no. Last minute cliffhanger. Fuck this shit. It’s such a cheap trick. Given this and the fact that the next book is multi-POV (and mid-series POV structure changes basically never go well), I won’t be continuing.

Recommended to: if you want to read a book set in the Balkans, those who enjoy standard YA tropes, those looking for some LGBTQ+ representation (one of the major characters is a lesbian)
Not recommended to: those who don’t like overly descriptive prose and YA clichés, anyone who despises cliffhangers, content warnings: abuse, a scene that was probably rape (if mind control was involved, which it seemed to me like it was)

3 thoughts on “Review: Wicked Like a Wildfire by Lana Popović (Hibiscus Daughter #1)”