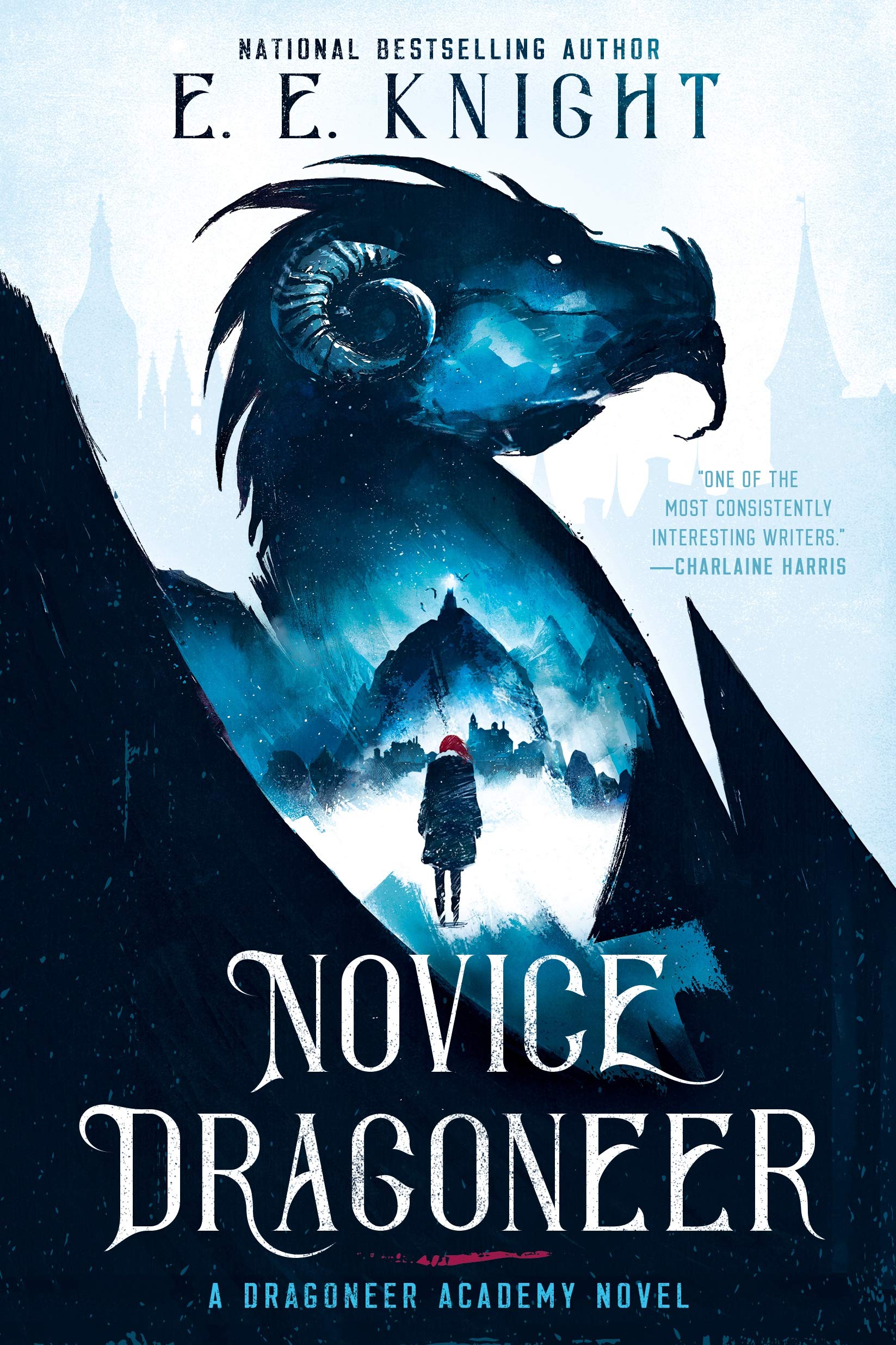 ARC provided by the publisher (Ace Books) in exchange for an honest review.

Back in the summer, I had a mighty need for something light and above all, nostalgia-inspiring. Something that would give off the same general vibe as the books that first got me into fantasy. Then I saw this. It seemed absolutely perfect – dragons, magic schools, plucky underdog orphan girls, fuck yes, give me all of it. And it delivered on that. If I read this book when I was a kid aroung the time I read Eragon, I’d be singing it nostalgic praises to this day.

There is only one problem that keeps me from enthusiastically recommending it to everyone in sight. A rather large one. It’s simply not that well-written.

In some ways, this is an age-old fantasy story. Ileth, an orphan with a severe stutter, becomes inspired to join dragon riders after one of them was kind to her as a child. Initially turned away from the academy for being an hour too late, she wins entrance through sheer determination and so her training can begin.

The first impression admittedly wasn’t good. The writing was awkward, clunky, and graceless; the sentences overlong and oddly phrased. Take examples like “it was a device that she knew was a crossbow” or the opener (taken from the kindle preview):

The slight girl swinging an empty bucket hiked down the seaside ruts in the early morning, only her shadow, the sun, and the breeze keeping her company.

I was here for dragons and fun, I wouldn’t have minded plain prose. Not every book needs to be a poetic masterpiece. I was willing to forgive many sins as long as I got what I came here for – hell, I reread the first three books of Eragon in the summer, one of the most criticised fantasy series, and I was fine with it. But the point of windowpane prose is its unobtrusiveness, and the broken flow made this very obtrusive indeed. Still, after much complaining, I decided to persist. Eventually, I did get the hang of how to read it so that I could at least focus on the story.

That is, I started skimming hardcore.

As I went on, my relationship with the book kept swinging between love and hate. As I got used to the prose, a clumsily executed maybe-maybe-not sexual assault scene at about a third in (in which the 14 y/o protagonist is kissed/groped by an older guy, consent is ambigous, and she is then slut-shamed by everyone and punished by the head teacher for it because “a woman risks much more with this sort of debasement”) nearly made me DNF. The plot was in general the saving grace, since it delivered what I came here for, but there were still plot twists and turns that made me go “well okay then” and opportunities to do something interesting wasted. For example, when some students complained that it’s basically a labour camp and not a school I thought “oh this could go somewhere interesting,” but then it never came up again. The rather mundane and slice of life approach to a magic school was wonderful, and the episodic plot arc made me think of The Name of the Wind, but there were so many flaws and plain bafflingly bad writing it was, at points, quite hard to go on.

It was doubly frustrating because I could clearly see the makings of a nostalgic masterpiece underneath and aspects of it were genuinely great. Ileth’s stutter was handled incredibly well, and I liked how at the same time it was a deconstruction of magic schools (more shovelling dragon shit than glamour and glory…) and in general very downplayed yet still had the old-school nostalgic charm. I love how she initially fails quite a lot in very realistic ways – a small 14 y/o girl did, for once, not beat a man far larger and stronger than she just by the virtue of being the protagonist. She makes through everything eventually, but she’s not a chosen one, or the top of her class, or in any way Special™. That is, neither the best nor the worst. Just determined. It was awfully refreshing to see.

It made me think: do the virtues of a book make up for its flaws? Or is it the other way around and flaws ruin what would otherwise be a great book? Or can both simply coexist side by side, near-independently? Because honestly, in a strange way, I would perhaps like to read on and continue with the sequel. If I don’t find another book that scratches the same itch before.

Enjoyment: depending on the point in the book, anything, and probably averages out to 2.5/5 or 3/5
Execution: 2/5

Recommended to: those who want nostalgia distilled or are hungry for old school books, and can get past the awkward writing
Not recommended to: prose fans, those who prefer a traditional plot structure with a clear buildup and antagonist, content warning: loads upon loads of slut-shaming, probable sexual assault