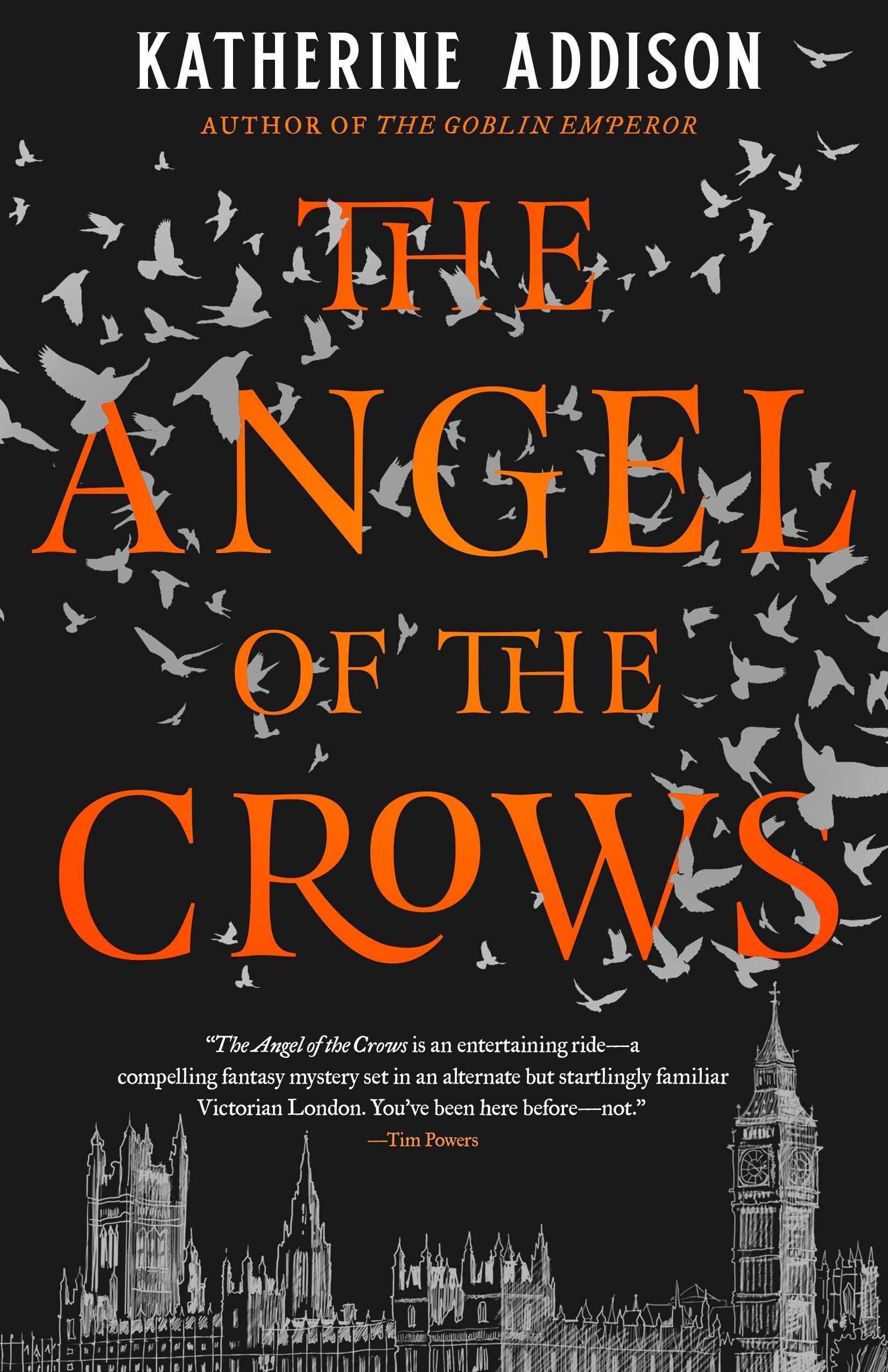 Well. I certainly had high expectations for this book. I loved The Goblin Emperor and the concept seemed amazing – a retelling of Sherlock Holmes with magic and “This is not the story you think it is. These are not the characters you think they are. This is not the book you are expecting.” as the tagline, so presumably a fresh approach and some giant twist? Gimme. Now.

Unfortunately, it didn’t come close to living up to its promise. No matter how much I try to avoid it, the main word that comes to my mind when trying to describe it is mediocre. Deeply, painfully mediocre.

At its heart, The Angel of the Crows is a classic Sherlock Holmes retelling. Structurally, it’s pretty unique, composed of several largely independent short story to novella length arcs all connected by a framing story of Jack the Ripper. As per the author, it started as a wingfic of Sherlock (fanfic where a character has wings), which I thought was quite interesting as well. It was definitely a draw rather than a detractor.

However. What I’m looking for in retellings of classics are new takes on an old story. In a new setting, queerer, crossover, whatever. Here, the names and plot points are different and there’s magic and angels, but it even though it promises to reinvent the wheel, it…doesn’t, really. Admittedly, I’m not even remotely an expert on Sherlock Holmes, and it might work better for someone who is and gets a kick out of catching references, but changing a few details in a isn’t-this-clever way and adding magic do not a good retelling make. Not on their own. And before anyone gets their hopes up: no, it’s not even queer. As in, I don’t think there’s a single unambiguously queer character even among side characters. And if there was subtext, it’s too subtle for me to see.

There’s nothing horribly wrong with it. It’s competently written and I have no complaints about the structure or style. It was just a slog. This book’s version of Watson isn’t a particularly interesting character and of course, Crow (the Sherlock), the far more interesting of the pair, somehow isn’t around as much as I’d wish. I quite like fantasy mysteries, but here, even the plot was dull to follow and without any real tension. And yes, it can be challenging to add tension to stories everyone knows. But it’s surely not impossible.

But the main problem of The Angel of the Crows and the biggest dealbreaker for me is that it throws a whole lot of cool concepts at you and then absolutely refuses to explore them in any kind of depth. Angels are fascinating, but I can’t help but feel that more could be done with them. How does the magic impact society? What do magical beings add beyond cosmetics? Not much. Even the promised big twist is nearly forgotten a few pages later and even though I was suitably shocked by it at first, the more I think about it, the less I like it.

Ultimately, retellings of Sherlock Holmes have been done to death and unless they do something dramatically refreshing and new with the source material, I don’t see much point in reading them. This one, alas, failed to convince.

3 thoughts on “Review: The Angel of the Crows by Katherine Addison”