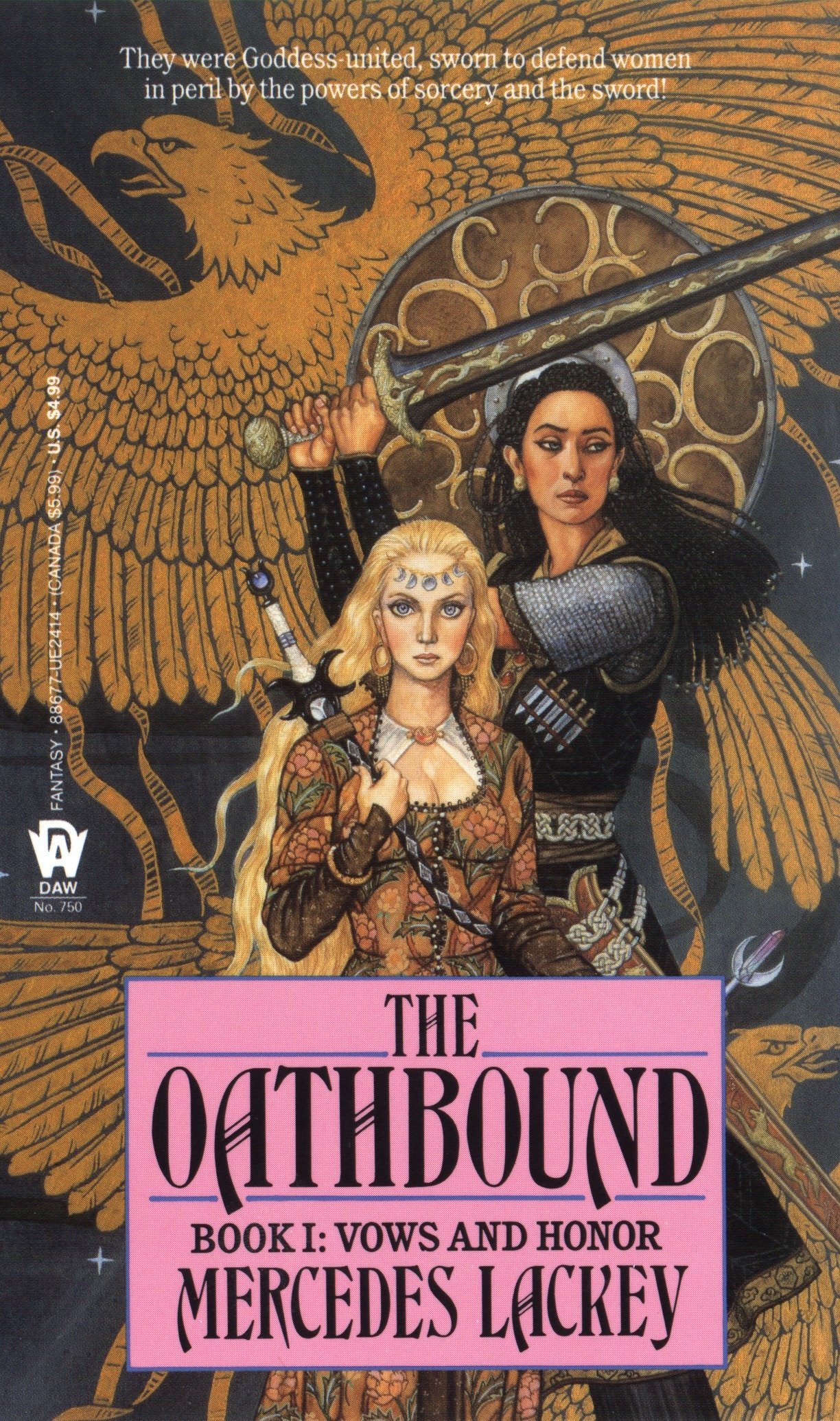 The Oathbound is a book with numerous issues. It’s not even in the “problematic fave” category I’d put Vanyel’s trilogy in, it’s just plain terrible. First things first: the pacing is horrid. The first 15% or so is entirely an infodump on magic, on the characters’ backstories, on everything. Then, what seems like would be a fairly big plot point is done with within a couple chapters, and it doesn’t get any less jumpy from there either. And magic is just “whatever the plot requires it to be.” I’m no fan of Sanderson-like systems, but come on.

Second thing: the treatment of asexuality. It’s something of a pet peeve of mine and I have no fucking patience for stories where it’s something artificial, unnatural, or induced anymore. Tarma is not asexual because that’s her sexual orientation, but as a side effect of her vow to the goddess. And I got tired of the number of times her body got called sexless, and of femininity/traditional beauty/sexuality being conflated.

And then there was so much rape. Kethry’s backstory is that she got sold to a pedophile by her own brother when she was 12. She quickly gets revenge on them, but not before we get the POV of the rapist. POVs of various men who objectify women also make an appearance. In general, sexual violence is a near constant threat. And then there is the thing near the end of the book where a rapist gets turned into a woman as punishment so he’d be raped by his bandit buddies, and then gets turned into a woman by a demon for real and it gets called justice. Like…what? Excuse me? How is this justice? This is not feminist, this is plain misogynistic and gross and the more you think about it, the worse it gets (the implications for trans people…). I’m sure other examples of this book handling gender and sexual violence terribly can be found too, not to mention the issues with race I don’t feel qualified to point out, but I’m in no mood to dig and this takes the cake.

Recommended to: absolutely no one – if you want badass women, there are much better written books without the above issues

Content warning: all the rape and the terrible treatment of it, misogyny, transphobia

One thought on “DNF: The Oathbound by Mercedes Lackey (Valdemar: Vows and Honor #1)”