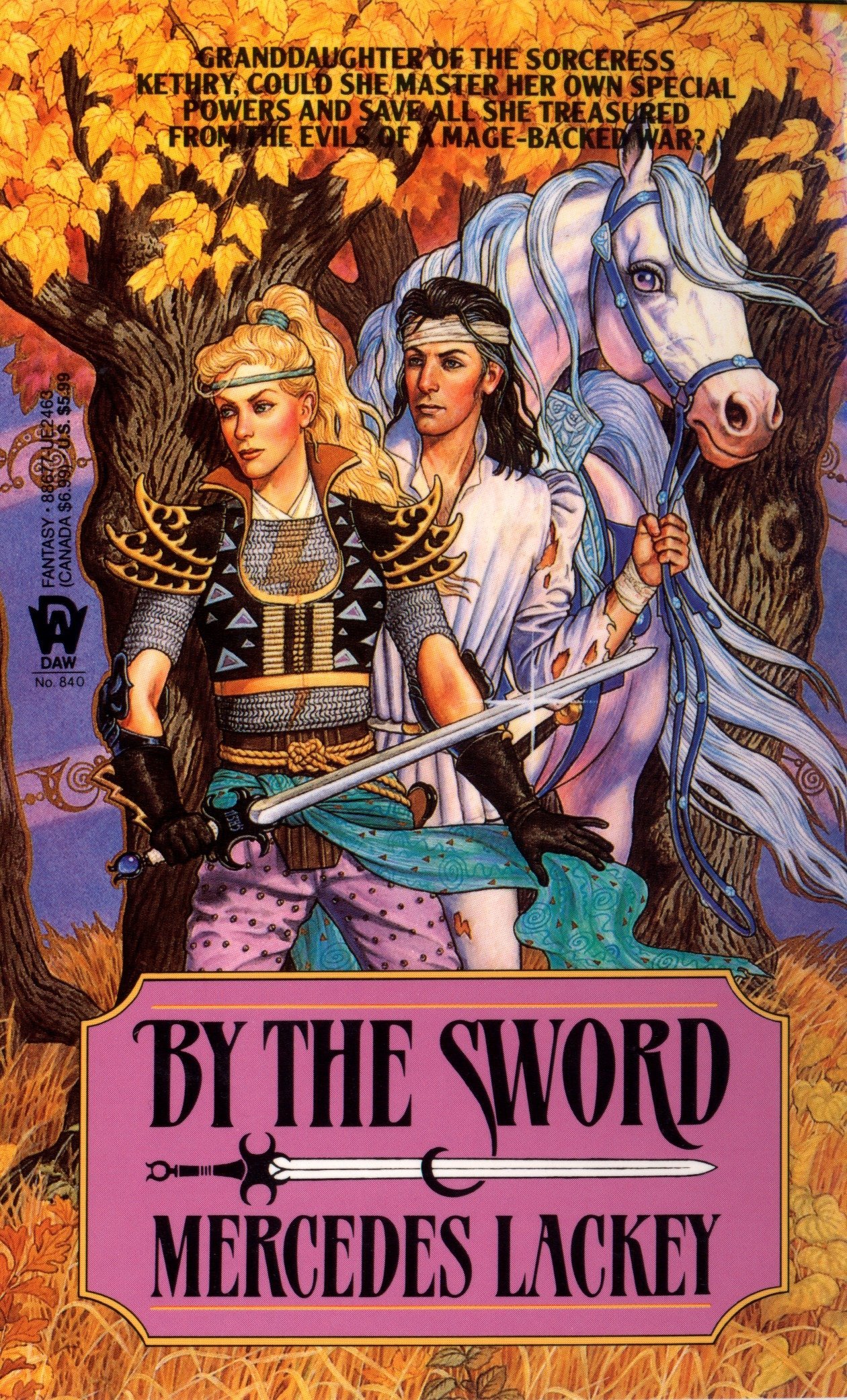 The first third of the book was extremely annoying. Kero is a Strong Female Character™ and all feminine women are vapid and useless and talked about in a disparaging manner by pretty much everyone. There’s, briefly, a love interest, who’s more than a bit of a sexist dickwad, from “you can’t do this, you’re a girl” at the start (this stage was so very tiring) to “sure you’re badass and I love you for it and we have great sex, but after marriage you can’t go around breaking men’s fragile egos.” I was so glad when she finally decided he’s not worth it and left.

Luckily, it gets a lot better from there – and I don’t think I have ever encountered a book that legitimately got better before. Once Kero becomes a mercenary, the book is a lot more fun, especially when she gets involved with Valdemar, and the annoying aspects are gone entirely. I even started actually liking her – after she grows up a bit, she’s competent, decisive, and has plenty of agency. Besides, we don’t often see a protagonist put career first and everything else (including romance) second. It was oddly refreshing to see and I appreciated it.

If I have a complaint about the second half about the book, it’d be that the ending was a little too neat. Not everything needs to be wraped up with a bow on top. But overall, it was enjoyable enough, and like all Valdemar books, it reads fast, even though it was nearly twice as long as Arrows of the Queen.

Recommended to: those who can push through a weak start, those looking for highly ambitious and competent protagonists, Valdemar fans – especially those who need additional closure after the Arrows trilogy
Not recommended to: if stereotypical Strong Female Characters™ that are of course Not Like Other Girls are a dealbreaker for you