Sometimes things don’t work out no matter how much you want to like a book, no matter how up your alley it sounds. With one popular series I found out I dislike and two DNFs I had high hopes for, this round-up of mini reviews happens to be unintentionally dedicated to those.

Monk and Robot #1-2 by Becky Chambers

I wasn’t quite sure what to think about A Psalm for the Wild-Built when I read it back in December 2021, but after reading the sequel, A Prayer for the Crown-Shy, and bouncing off hard, I made up my mind: I hate to be the party pooper, but I don’t like this series. It’s hard to put in words but they just don’t resonate with me the way Wayfarers does. As much as I like slice of life, I find Mosscap annoying and the philosophy painfully trite and insipid. It sort of reads like a self-help book, a genre I’ve always viewed with distaste. I suppose the worldbuilding is pretty cool as a post-industrial utopian society, but that’s all it really has going for it.

It clearly resonates with a lot of people, which is fine, but as far as I go…nope. 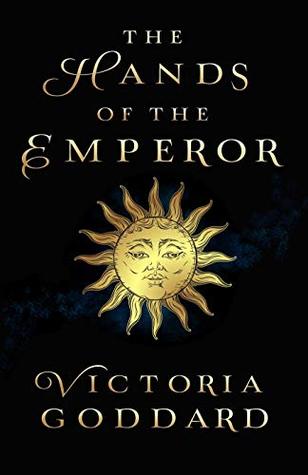 DNF 42%. From everything I heard about it, this should have been just up my alley despite the length. A slow burn friendship between a god-emperor and his right hand man? Bureaucrat power fantasy? Yes. And initially, it went just fine, feeling a lot like taking your late-game fully-leveled-up Stardew Valley character on a vacation to Ginger Island. The worldbuilding is incredibly intricate and I loved Kip’s complex relationship with his culture. But it got old fast.

Since Cliopher, or Kip, has already accomplished nearly everything there is to accomplish, there are no real challenges, no conflicts, no sense of tension whatsoever, even of the small interpersonal kind. We are also shown quite forcefully and repeatedly how great and clever and flawless and always right he is, which doesn’t exactly endear me to a character. That, I think, was the main problem – what’s a cozy character-focused book where you don’t care about the protagonist? And being nearly 350k words, the percentage barely moves as you read. I was not really itching to pick it back up and besides, I’ve been told by people who liked it that some things that bothered me get worse in the second half. So I quit.

The Sign of the Dragon by Mary Soon Lee DNF 19%. I tried, I really did, the concept of a novel in verse seemed fantastic, but I underestimated my hatred of very plain free verse. I’m not averse to storytelling in verse, I loved Anne Carson’s translation of three Oresteia plays. I liked Beowulf just fine, but I absolutely cannot stand the form used here. Some poems were alright, like Map, Crossing, or Cure, but the narrative ones were an absolute struggle. No rhythm, no rhymes, no flow, barely any poetic figures. Nothing I’d find beautiful. It reads very easily, you won’t have any trouble understanding what’s going on, but I need more.

So it all depends on your poetry preferences. If you like the plain kind, you’ll be just fine. The story seems to be very similar to The Goblin Emperor — the kind but neglected fourth son has to become king — and it’s easy to read. But if you’re an old school grump like me, probably no need to bother.

One thought on “Mini Reviews: Monk and Robot #1-2, The Hands of the Emperor, The Sign of the Dragon”