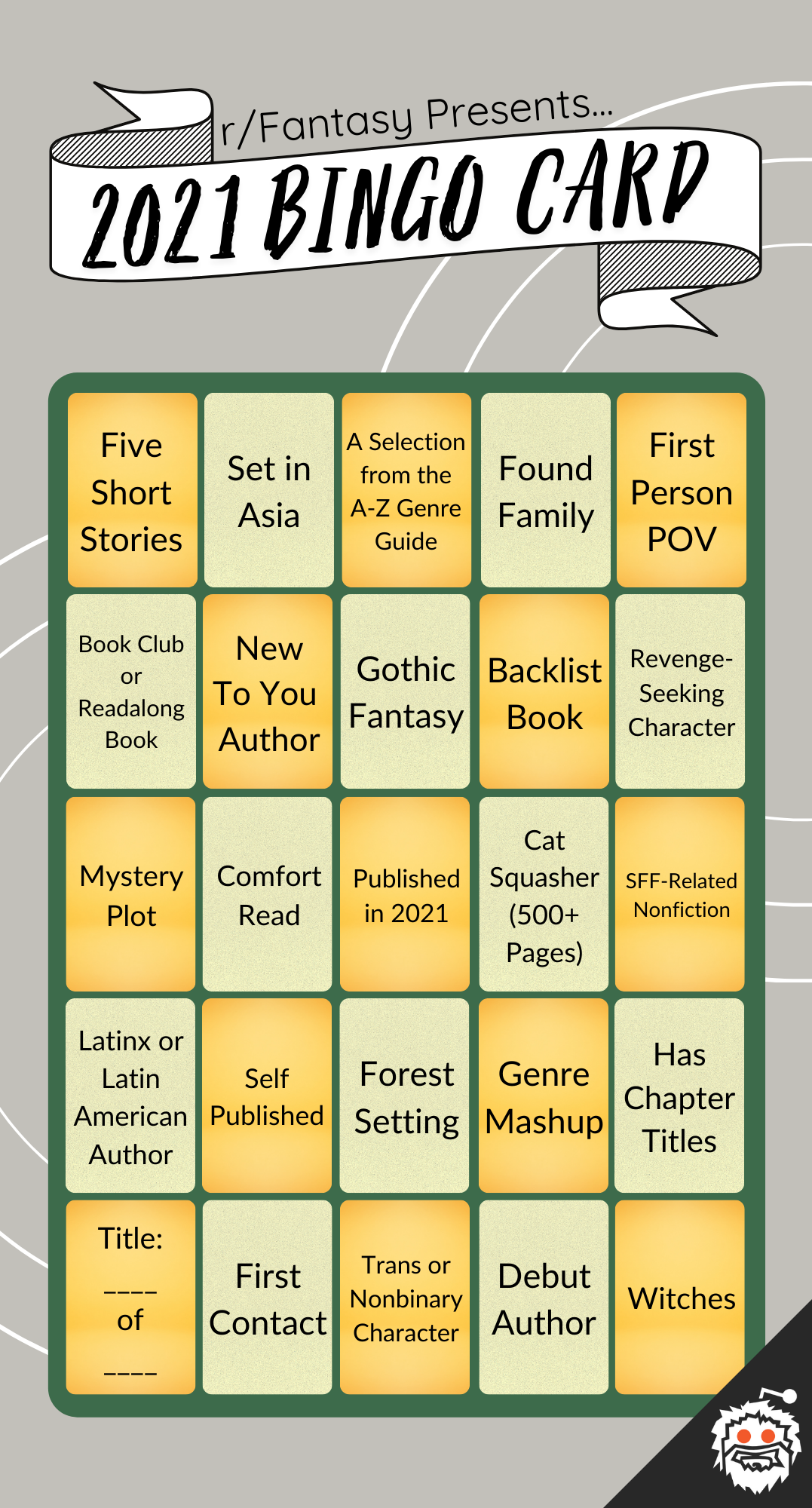 You can read more about it here, but essentially, it’s a reading challenge running from April to April where you have to read enough books belonging to those categories to get a Bingo, though most people try for a full card (or several). An author can only be used once, and only one reread is allowed. I’ve been a participant since its inception (in 2015) and I find it one of the most fun reading challenges out there.

This year, I will continue with only one card. As for the last few years, I want a nice, relaxed challenge. No giving a fuck about hard mode, no double or themed cards.

A to Z Genre Guide