March for me meant the start of a new semester, this time with a full load of classes. Homework. General time-sapping nastiness. Not enough sleep. I felt like I barely read anything, that I was in a state of constant slump, but now looking at it laid out like that…it’s actually a pretty average, if not above average month, which is a pleasant surprise.

Most of all, I managed to complete the yearly April-to-April r/fantasy Bingo challenge, two full cards (which I’m never doing again, fuck) just in time for the new one to roll out. 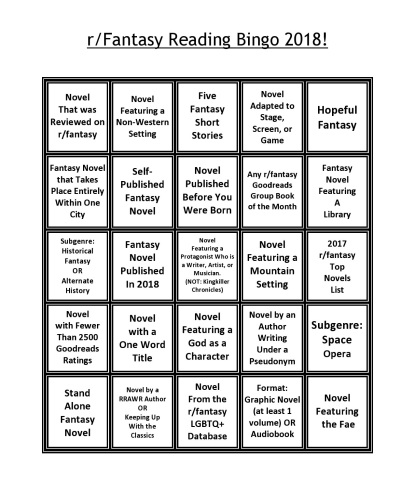 The r/Fantasy Bingo Challenge has been my favourite reading challenge ever since its beginning in 2015. The squares are a nice mix of easy and challenging, designed to make you read more widely and explore the parts of the genre you may not have read before. With a new card coming out tomorrow and having to update my Bingo challenge page, I’ll be archiving the 2018 completed cards as a post.

This year, like the last one, I’ve been trying for two cards. One unrestricted, one focused on underrated books, with the additional criteria of at least 50% female authors over both cards. I have certainly succeeded as far as the second goal goes, but a card made entirely out of underrated books has been…difficult and I had to relax my criteria a lot.

Aside from that, my main rule is “don’t force yourself to read a book you know you won’t like just because it fits the square”. Over the years, I got a lot better at this – this time, there was only one such book.

(because who doesn’t love statistics?)

Now onto the cards themselves. Whenever possible, I linked to my review of the book.

END_OF_DOCUMENT_TOKEN_TO_BE_REPLACED Overall, February has been more a sci-month than a fantasy one for me. At one point I was also reading 4 books at the same time, which slowed me down a lot. Still, I think it has been a decent month. From now on, reviewing and reading is expected to slow down a bit because of uni, especially in the first few weeks, but hopefully I can keep the blog alive. 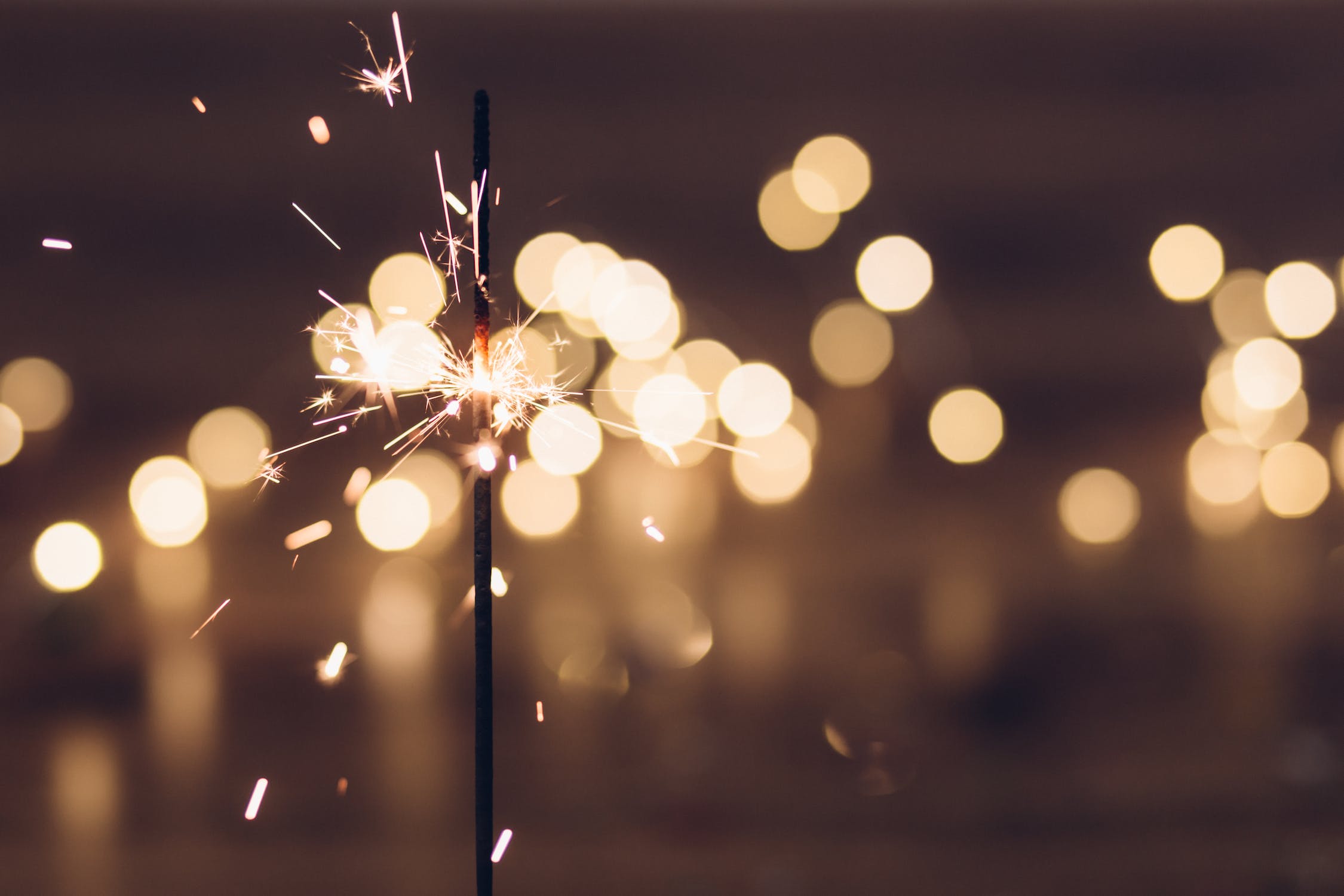 It took a long time (most people posted them in December and here’s me in February…), but the wrap-up is finally here. All in all, 2018 was an excellent year for reading. I surpassed my last year’s number of books read by 4, found a new all-times favourite, began reviewing every book I read, and, of course, started writing a blog on June 17th, which is something I’ve been planning since 2016.

END_OF_DOCUMENT_TOKEN_TO_BE_REPLACED 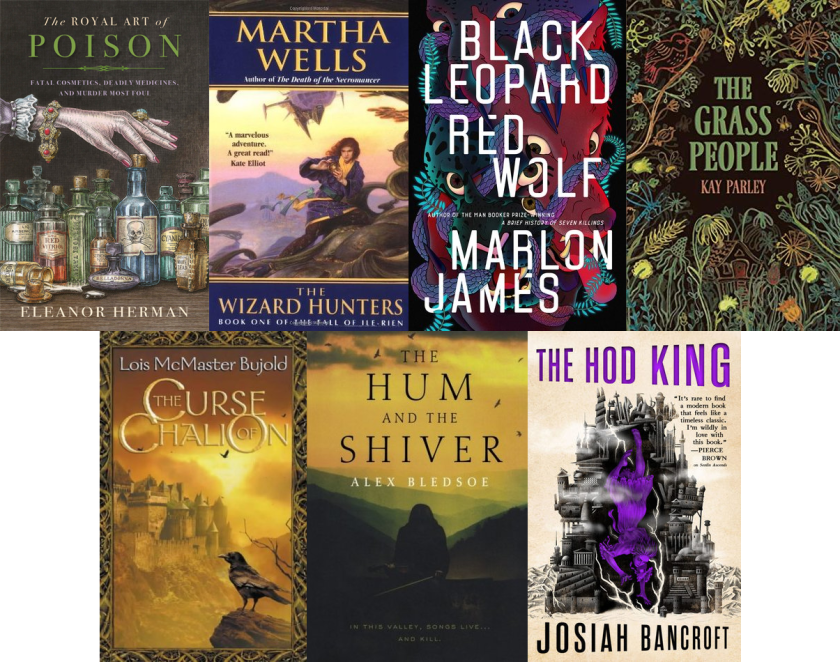 January has been an excellent reading month quantity-wise, but quality-wise…not so much, despite only a single DNF. February is also my last month of freedom before Hell Semester starts and I plan to enjoy it as much as I can! December has been much, much better than November. After a couple months of reading slump and false starts, I feel like I’m finally back in the groove. November has been a mixed month for reading. I have found a couple of new favourites, but also more than a few books that I wasn’t so keen on. More than the usual number of DNFs as well; a lot of books tried, but only a few of them finished. From now on, my reading time is going to be reduced somewhat because of schoolwork as well, but we’ll see. Hopefully December is going to be better. October was a great month for ARCs, not so much for reading in general. I only managed to finish four full-length books because I got stuck on one of them for over two weeks, but I did manage to squeeze in two novellas and a short story.

After the August slump, September was a lot better. I finished six books, most of them between 4 and 5 stars and found a new favourite or two. No bad books and no DNFs.

August was a bit of a slump month. Life interfering, less time to read, trouble focusing on some books…I still managed to finish and review four books, but I hope September (the last month of the summer break) is going to be better.