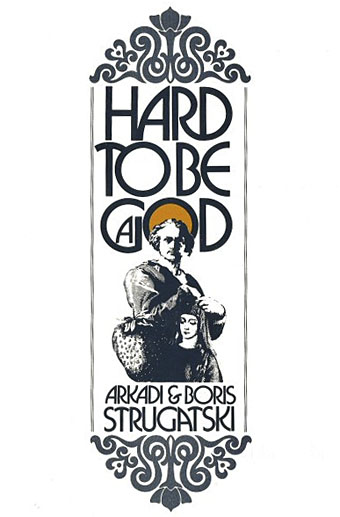 This book started well enough. The prose was quite good, with nice descriptions of scenery, the issues raised were interesting. We follow Rumata, an observer from future utopian Earth, sent to a medieval world with a couple others under a strict rule of non-interference (no killing, etc), but secretly trying to help speed up their development.

It’s fairly kitchen sink, some sci-fi tech, some medieval swashbuckling, bit of everything. The conflict arises when regime in Arkanar start killing intellectuals. Rumata knows this is wrong, yet is plagued by doubts – he is not allowed to kill and not convinced it would solve the problem.

Persecute bookworms all you like, prohibit science, and destroy art, but sooner or later you’ll be forced to think better of it, and with much gnashing of teeth open the way for everything that is so hated by power-hungry dullards and blockheads.