Time for another mini review post to clear out my backlog a bit!

While it’s true that in the past few months the most I managed to finish was the occasional novella or romance book, I found some really, really good ones. If anyone else is looking for shorter (all except Slippery Creatures are novellas) or lighter reads, here are some I’d suggest.

END_OF_DOCUMENT_TOKEN_TO_BE_REPLACED

Another in the series of mini review posts, this time focused on three novellas I finished recently. Novellas make fantastic palate cleansers, but I find I’m rarely able to write a full length review for books this short, so it makes more sense to group them like this. I couldn’t not review them.

Either way! Onto the books themselves. Coincidentally, m/m relationships seem like a common theme with those three.

END_OF_DOCUMENT_TOKEN_TO_BE_REPLACED God, this was lovely. It’s short, fluffy, very slice of life – a perfect palate cleanser. Yet another book I wouldn’t have read if not for the r/Fantasy Bingo challenge – short on time, I needed something to knock out the AI Character square quickly – and I’m very, very glad I did.

END_OF_DOCUMENT_TOKEN_TO_BE_REPLACED 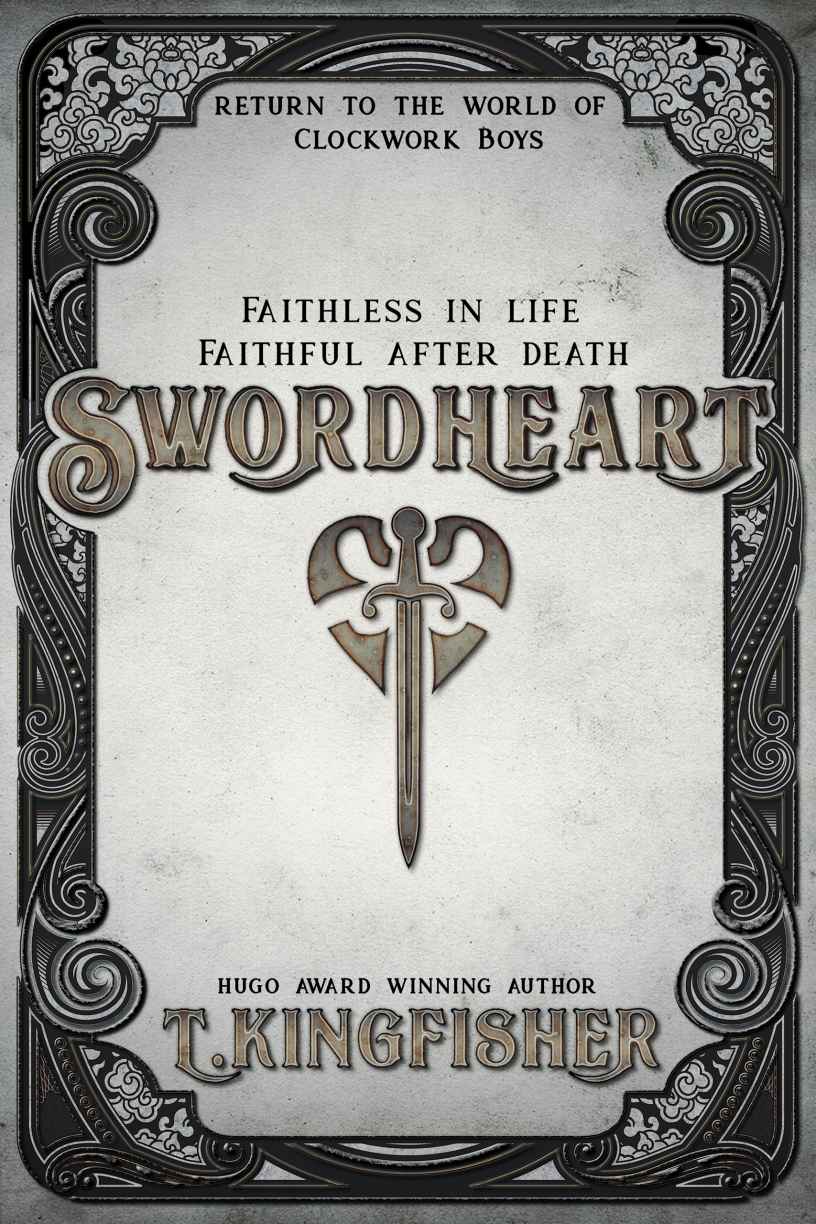 This book was so much fun.

This was a depressing discovery.

Halla is a housekeeper. When her uncle dies and she inherits his estate, his relatives are not happy and lock her in her room, planning to marry her off to her cousin (with clammy hands). Planning to kill herself to escape them, she draws an old sword…and summons Sarkis who has been trapped inside.

END_OF_DOCUMENT_TOKEN_TO_BE_REPLACED

Nice Dragons Finish Last has been recommended to me a lot. Urban fantasy usually doesn’t appeal to me, but the amount of enthusiasm from people with similar tastes was enough to convince me to give it a try. And, well…it’s fun and charming and quite well-written, I would recommend it to many people, but ultimately still not really for me.

“You’re not ambitious, you don’t make plans, you don’t try to take things over. It’s like you were born with no draconic instinct whatsoever. All you’ve done since I let you out of training is hide in your room, avoiding the rest of us like the plague.”

END_OF_DOCUMENT_TOKEN_TO_BE_REPLACED

There has been quite a lot of hype surrounding this book in the blogger circles I run in. I simply had to try it. And yes, it lives up.

“But what is choice?” he said, checking over every blister and sore. “What is power? In truth you have none. None of us do. We are but leaves buffeted upon life’s stream, our every decision already made before it comes to us.”

END_OF_DOCUMENT_TOKEN_TO_BE_REPLACED

I wasn’t much of a fan of Fae: The Wild Hunt, the author’s other book I read, but I decided to give Faithless a try for this year’s Bingo challenge, after a sale, quite a few friends’ recommendations, and a nudge from the Random Number God. Absolutely no regrets.

The decision came easily. Perhaps every betrayal does. In the end, they all begin with a lie. The small ones we tell ourselves to make what we do bearable.

It’s not your fault.
There is no real alternative.
Anyone would do the same thing in your place.

I often complain about a lack of protagonists who have more ordinary professions – a lack of fantasy books about healers, farmers, tailors, cooks, and, yes, why not miners? Well, first two thirds or so of Faithless has this in spades. We follow Wynn, a farmer’s son sold to the temple by his father and forced to work as a miner, and Kharios, a novice priest who seemingly gets a second chance to prove himself. A lot of it is mundane, learning about how things in Aspiration work, mining, forging, interacting with the miner crew or other priests. And I loved it.