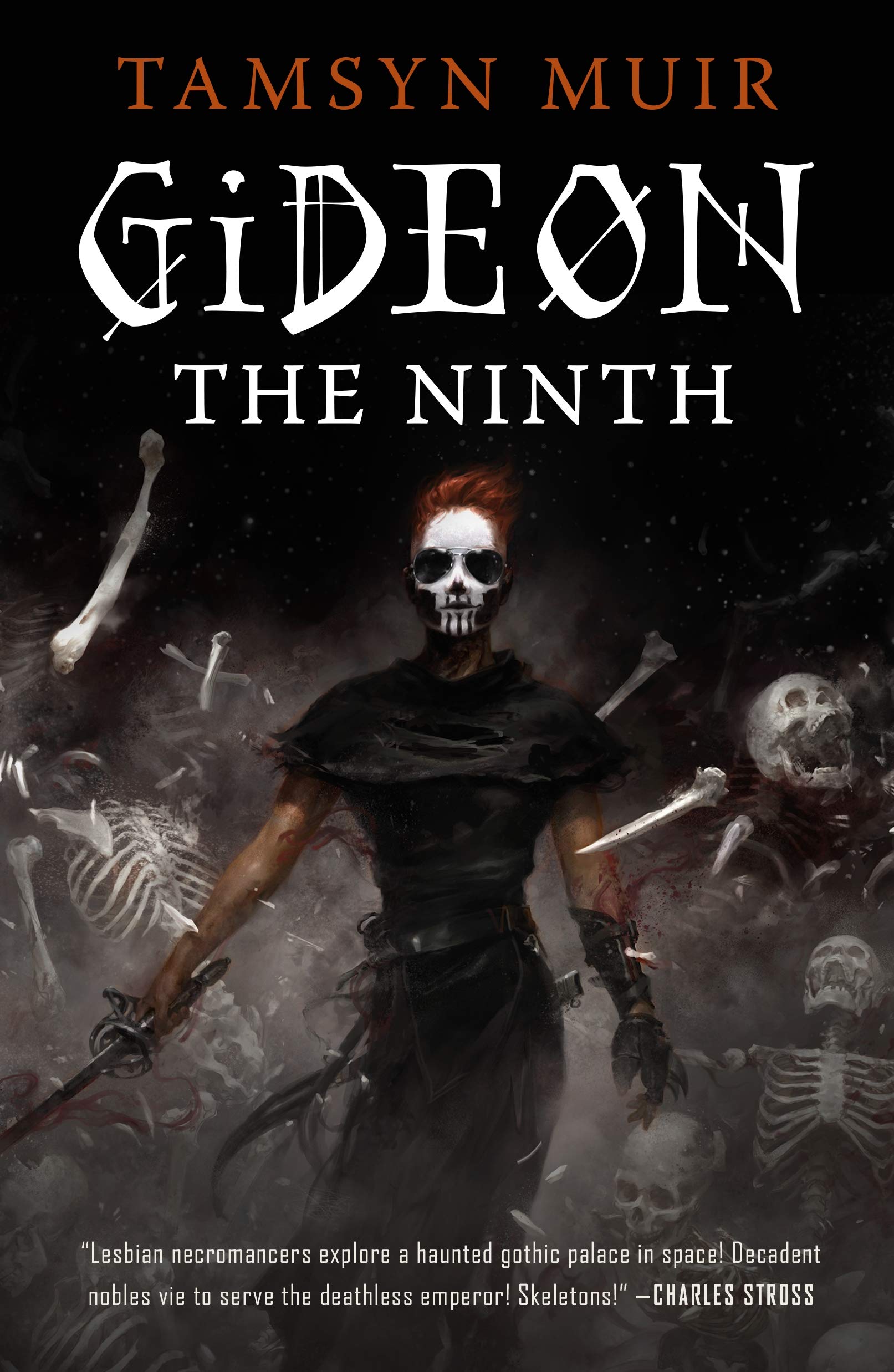 The plot is basically a murder mystery crossed with Hunger Games. Necromancers from all the houses and their cavaliers (or bodyguards) gather at a remote location to go through trials and become the Emperor’s immortal servants. There are no rules or instructions about how to go about it except “gather the keys to the doors and figure it out somehow.” Of course, it turns into a competition – and people mysteriously start dying.

The main reason why I didn’t like it was the style – and Gideon herself. The way she talked felt like she was trying way too hard to be cool and edgy. Combined with the constant meme references thrown in (“While we were developing common sense, she studied the blade,” to list just one example), it grated. It grated a lot. Especially since the other characters are all fairly one-dimensional – even Harrow doesn’t get much development until nearly the end. Oh, and if you go in looking for a good lesbian romance, you’ll be disappointed too. Romance it definitely ain’t.

The second problem was that it felt extremely aimless. At the start, I thought things would pick up once they left their home planet, and for a while they did, but then it became apparent it’d be a directionless tournament arc with murder and I lost all interest again. Since there are no rules and nothing except the vaguest of objectives to work towards and you don’t get to follow the one who’s solving the damn puzzle either, things just sort of…happen. Which I guess would be fine if I liked the characters or the style or anything, but I did not. And even if the epilogue was downright fantastic, that’s still not enough of a hook for me to continue and not enough to make up for the other 98% of it.

The worldbuilding was also frustratingly vague. There was a lot of aesthetic going on, sure, a lot of skeletons and bones and locked doors. But beyond that, it felt hollow. Hell, for a book billed as “lesbian necromancers in space” there wasn’t even any space apart from the brief spaceship journey in the beginning. The fact that I’m currently trash for space definitely doesn’t help the disappointment. And I had so many questions. Why the Emperor? Why is becoming his servant so desirable? What is going on with the other planets? Why necromancy?

I only finished because I was sick of DNFing nearly every book I started.

6 thoughts on “Review: Gideon the Ninth by Tamsyn Muir (The Locked Tomb #1)”