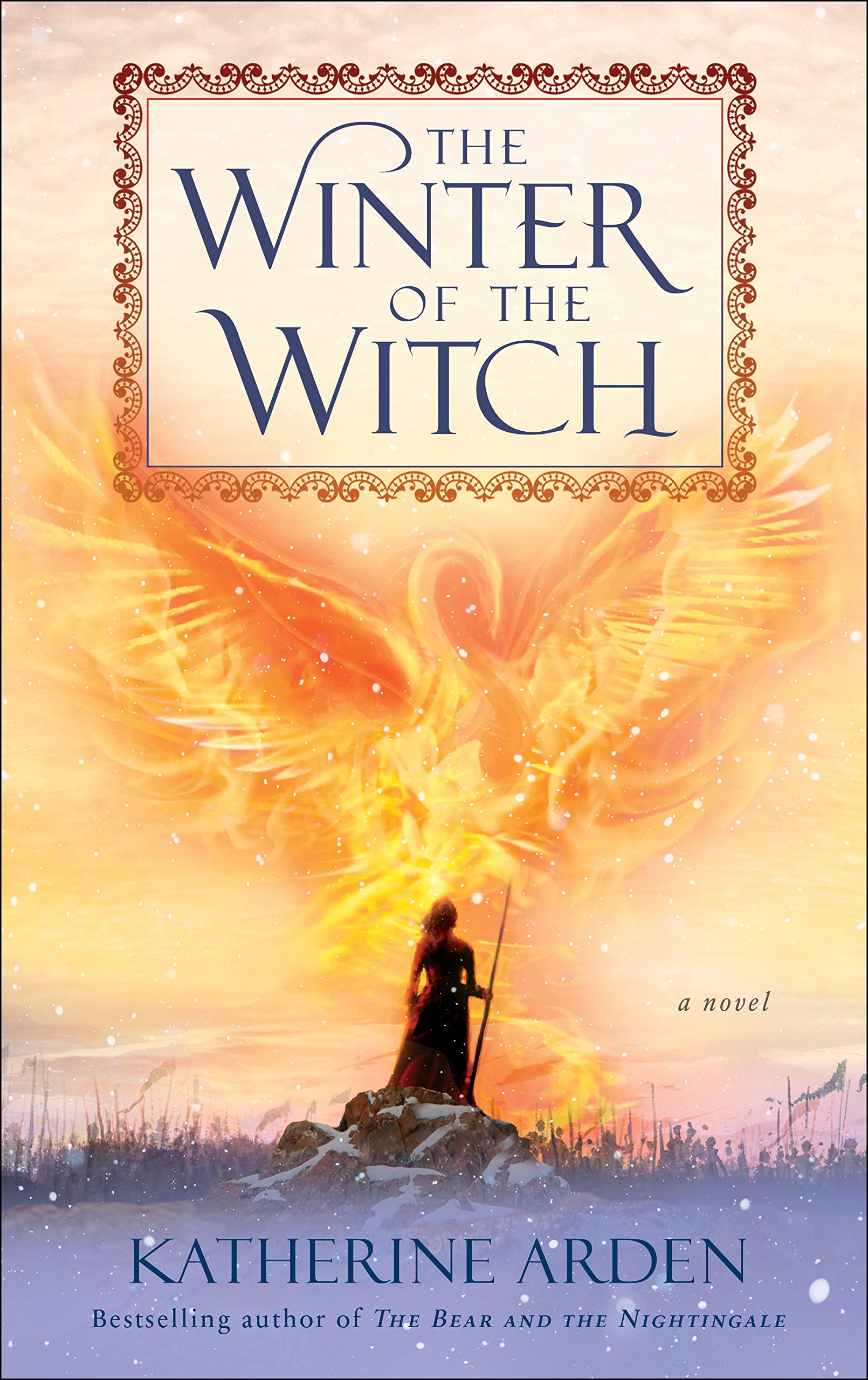 I received an ARC of this book from the publisher (Del Rey) on Netgalley in exchange for an honest review.

Equal parts comfortingly familiar and fresh, The Winter of the Witch is a fitting conclusion to one of my favourite series. I admit it took me a bit longer to get into it than the other two – the scope grows larger, epic, the events concerning not just Vasya and her family, but the fate of all of Russia. Regardless, when it started coming together I could not put it down.

Somewhere, perhaps, there was an answer, somewhere there were secrets of magic beyond the setting of fires, the seeing of chyerti. One day, perhaps, she would learn them, in far countries, beneath wilder skies.

Moscow may have been saved from the fire, but the trouble has only started. Vasya, condemned for a witch and almost killed by an angry mob incited by Konstantin, has to flee for her life. The fate of the chyerti is still uncertain, Medved scheming again, the danger of the Tatars still present.

The places we got to see and the things we learned were fascinating, and Vasya’s arc excellent, if bittersweet. She has to go through a lot of grief (I really liked that her feelings about a certain event were not forgotten after a few pages but continued to affect her throughout the book) and shoulder a lot of responsibility. Her confidence and fiercely independent spirit, her flaws…I couldn’t help but root for her. The supporting cast is great as well – there are some new faces, but we get to see plenty more of old acquaintances like Sasha and Morozko too.

While I wish there was a bit more of an epilogue and I didn’t enjoy it quite as much as book 2, I don’t really have any large complaints. Probably my biggest issue is unconnected to the plot: the glossary spoils a character death. I took a peek mid-book, curious about something or the other, and was very unhappy with what I saw.

2 thoughts on “Review: The Winter of the Witch by Katherine Arden (Winternight Trilogy #3)”