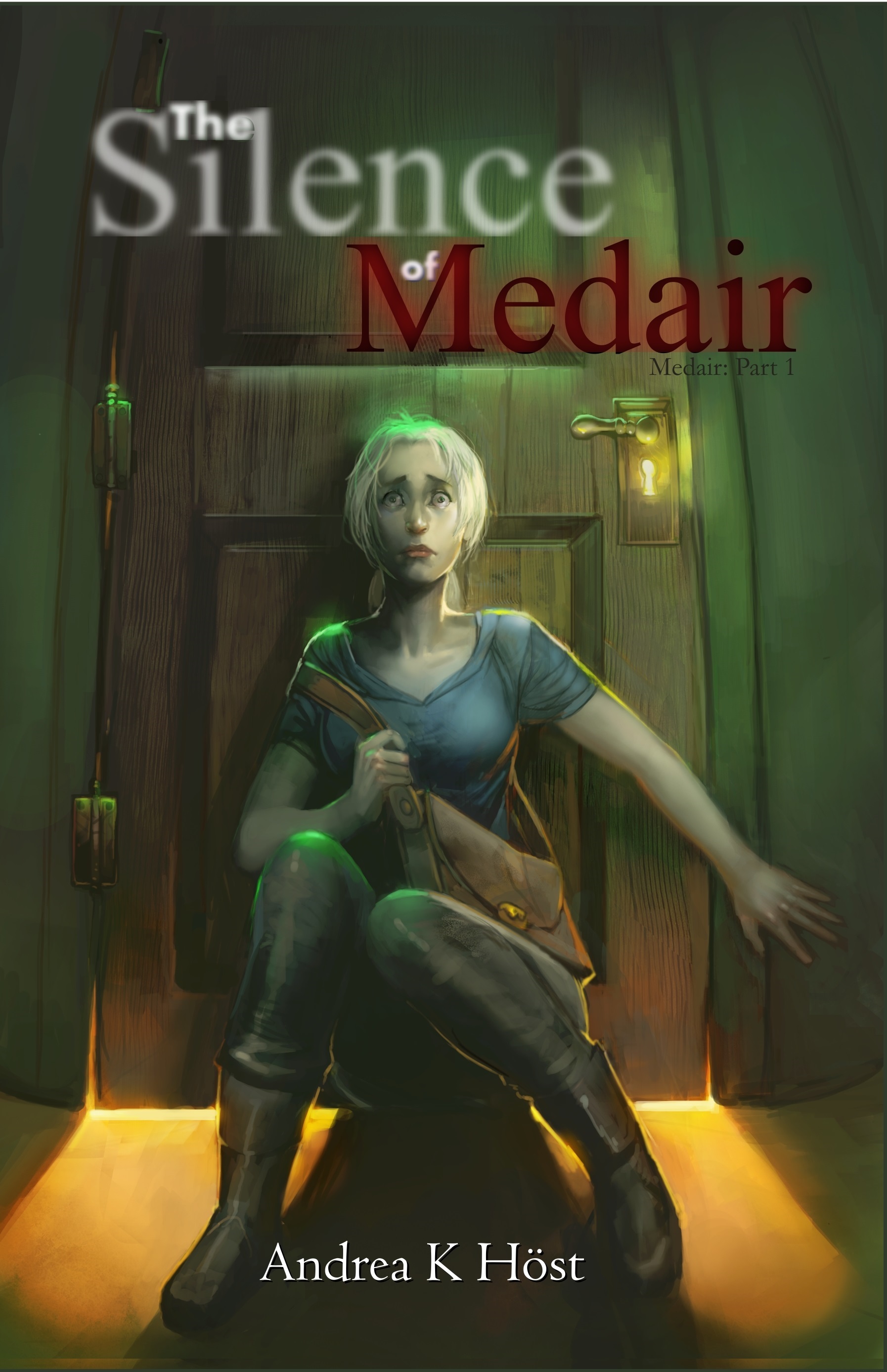 The Silence of Medair is the book that concludes the 2019 r/Fantasy Bingo challenge for me. Oddly enough, it’s been on my TBR since 2015, mostly because of the concept, so I was curious to finally try it. Unfortunately, it has not lived up to its promise – while the idea is indeed great, the execution is…less so.

Medair had gone to a place outside of time to get a weapon that might have turned the tide of war, only to accidentally emerge 500 years later. The war has, obviously, been lost and everything is different – the former invaders she despises have assimilated with the native populace and now belong as much as anyone. And someone is looking for her.

I had high hopes that this would be just up my alley – I like stories that deal with consequences and change, where the world and society are not static. The idea of a woman having to come to terms that those she sees as outsiders aren’t anymore instead of simply going to defeat them again…fascinating. Unusual. A protagonist who isn’t a fighter? Even better. Seriously, concept-wise, this had everything.

Unfortunately, even an amazing concept has to be backed up by the writing to work.

And here it simply wasn’t. The prose is not overly awkward or clunky – it’s fairly standard, unremarkable, windowpane stuff. But dear fuck, the infodumps. I swear there wasn’t even a page where the story didn’t pause to go on a long monologue about the past. Telling, not showing. So much telling. Then there was the standard fantasy issue of far too many names and terminology dumped on the hapless reader, and characters who were referred to by two or three different ones. In a short book, this is a problem.

In addition, the characters or the worldbuilding weren’t anything to write home about either. I had a hard time getting a sense of who they are, and the side characters were 0.5-dimensional at best. The world is extremely surface level as well. Standard, stagnant, medievalish. Despite the alleged 500 year time skip, sure the society has restructured a little and the buildings look different, but where is the technological progress? I have a hard time believing there is absolutely nothing – no new tools, no advances in magic use – that Medair would have noticed.

The overall effect was extremely flat and lifeless and I had a hard time going on, despite the short length. All the more disappointing considering what could have been.

I don’t think I will continue the series and I’m not sure if I’d recommend it.

Recommended to: if you’re desperate for books about consequences and change, with non-violent protagonists
Not recommended to: those who hate infodumping, anyone who prefers faster pacing, fans of character-focused stories, those annoyed by stagnant worlds