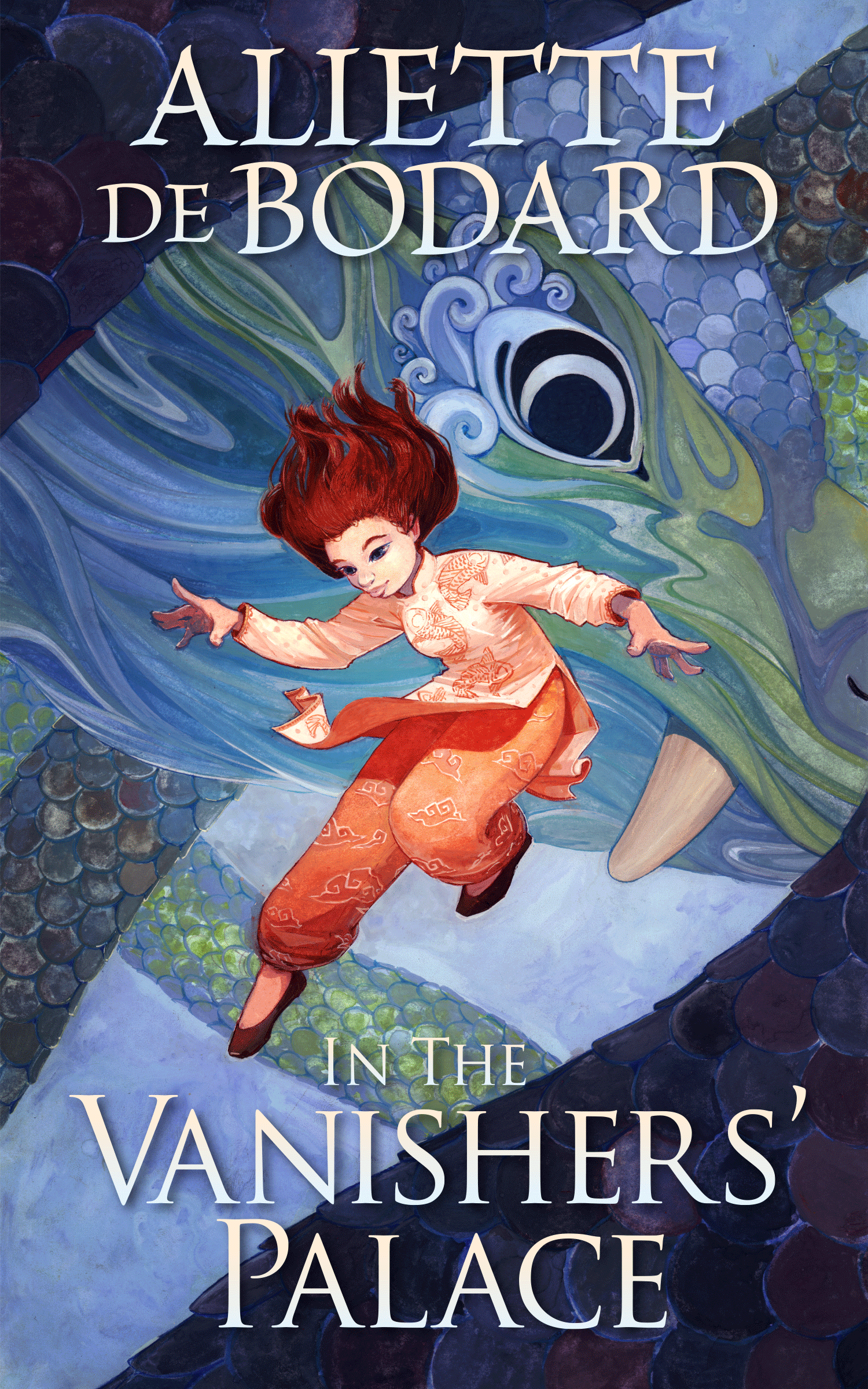 This was just plain lovely.

The Vanishers had broken the world. They had taken and enslaved as they’d wished, leaving constructs and plagues as their legacies. Their magic was all chains and knives and diseases, everything that bound and broke and devastated. Even their rare healings had been double-edged, leaving people riddled with tumors and shriveled elements.

In the Vanishers’ Palace is, at its core, a delightfully queer retelling of Beauty and the Beast set in alternate Vietnam. Yên is a failed scholar, assisting her healer mother, but thought to be fairly useless. When her friend and a daughter from an important family, Oanh, falls gravely ill, she is exchanged for a cure from the dragon, Vu Côn, expecting to be killed, but instead becoming a teacher to her children.

I admit I went into this book more than a little hesitant. A romance between a dragon and a young woman who is sold to her? It sounded like it could end up all sorts of creepy, even though the friend who recommended it to me assured me it isn’t. And luckily, the issue of consent in such a situation is explicitly addressed and handled both delicately and well. So no fears there.

The characters weren’t as developed as I would have liked, but the prose is good and the setting more than made up for it. There’s a slight whiff of sci-fi and biotech. The titular Vanishers’ palace is strange and dangerous and wonderful as is the magic, and the Vietnamese setting is way more than just window-dressing. The characters clearly speak a different language, with different pronouns and means of address based on the person they are speaking to, which is a nice twist and done well. However, as always with novellas, I wish there was just a little more time spent exploting the setting and especially the characters.

In a way, parallels could also be drawn between the Vanishers and colonialism – they came, took over, exploited the land and its people, then went away and left everything broken behind them.

Recommended to: anyone who wants a shorter book, those looking for good prose, non-Western settings from ownvoices authors (de Bodard is Franco-Vietnamese), and LGBTQ+ representation
Not recommended to: character-focused readers

One thought on “Review: In the Vanishers’ Palace by Aliette de Bodard”